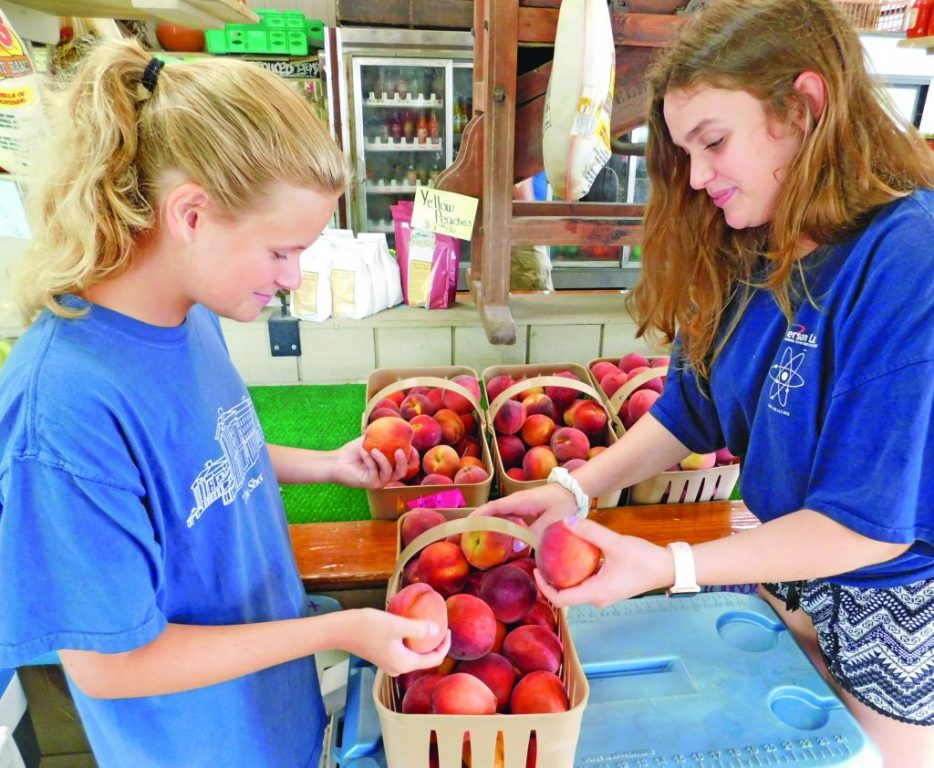 August is National Peach Month in the United States. Fresh domestically-grown peaches are available from late May until early October. July and August are the months in Virginia to buy this slightly furry fruit with its sweet yellow flesh and pinky-orange skin.

The peach, a member of the rose family, comes in two basic types: clingstone or freestone.

China was their first home where they have been eaten since 1000 B.C. From China, the “Persian apple,” the translated Latin name, was introduced to the Romans by the Persians and later introduced to Europe by Alexander the Great, king of the Ancient Greece kingdom of Macedon, who died in 323 B.C.

Some historians believe peaches came to North America in the 1550s with French and Spanish explorers. History shows that peach trees were growing in Jamestown as early as 1629 purposely for feeding their hogs, “and others make a Drink of them, which they call Mobby, and either drink it as Cider, or Distill off for Brandy.”