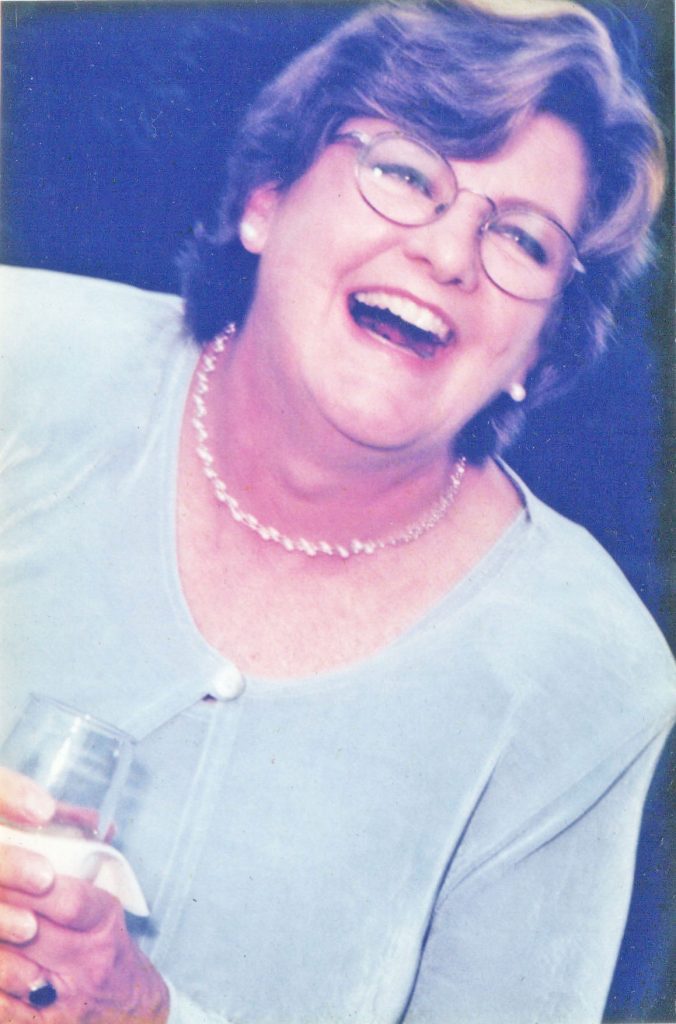 Heaven welcomed a new angel, full of spirit, to fill the air with laughter and song. Patsy Jeanne Hemp of Fishersville, Virginia, passed away peacefully while at home on May 4, 2022. She was 77 years old, but crammed a week of life into each day.

Patsy was born on Feb. 21, 1945 in Staunton, Virginia, to Clyde and Doris Hemp but spent much of her childhood in Lancaster, Pennsylvania. She attended Conestoga Valley High School, and in 1962 Patsy was crowned Spooknacht Queen, a traditional Fall honor awarded around Halloween. Her family moved to Richmond, Virginia, before her senior year and Patsy graduated from Douglas S. Freeman High School in 1963. She earned a Bachelor of Science from Virginia Commonwealth University in 1969 and then a Master of Social Work from The Catholic University of America, Washington, D.C., in 1982.

While working as an historical interpreter at the wig shop in Colonial Williamsburg, Patsy met her future husband, Ralph Wellington Hoar Jr. of Norge, Virginia. The two married in 1968. Together they had two children Jason Chowning Hoar and Adrienne Elyse Hoar. During their 15 years together, the couple lived in Washington, D.C., Fairfax, and Mathews County, Virginia.

Patsy spent a lifetime caring for others. She began her career as a special education teacher but transitioned to social work, helping people across central and eastern Virginia through times of crisis. She touched the lives of so many through the guidance she offered and the professional advice she provided.

Patsy was also deeply passionate about cooking and entertaining others. After living in Richmond for over two decades, she earned another degree in Hospitality Management from J. Sargeant Reynolds Community College in 2001. She began a catering business in Mathews County, called Patsy Jeanne’s. In 2019 she moved to Fishersville and joined her cousin Judie Croft and husband Bill as the events coordinator and chef at the Inn at MeadowCroft in nearby Swoope, Virginia.

Patsy filled her days with cooking, gardening, traveling, volunteer work and spending time with her longtime tribe of girlfriends. She served on several boards including the Boys and Girls Club of Mathews County and as president of the Rotary Club of Mathews. She was also an active member of the All Saints Episcopal Church in Richmond and the Kingston Episcopal Parish in Mathews.

Patsy joins her mother and father in Heaven. She is survived by son, Jason Hoar Stryker and daughter-in-law Jorie Stryker of Mount Pleasant, South Carolina, and daughter, Adrienne Elyse Hoar and son-in-law Christopher McGibbon of Springfield, Virginia. Patsy’s greatest joy in life was being called “Grammy” and spending time with her four granddaughters, Campbell Stryker, Ragan Stryker, Morgan McGibbon and Avery McGibbon. She is also survived by her brother, Daniel Hemp and his wife Pamela Hemp of Midlothian, Virginia.

Her presence will be deeply missed, but her loving legacy will be carried on through special family recipes, lasting memories, and all the lives she touched as a daughter, mother, grandmother, sister, aunt, teacher, therapist and friend.

A Celebration of Life will be held at 11 a.m. on Wednesday, June 15, 2022, at Lewis Ginter Botanical Gardens in Richmond, followed by an onsite reception. There will be an additional ceremony at The Inn at Meadowcroft in Swoope at 4 p.m. on June 16, 2022.

In lieu of flowers, contributions may be made to the Boys and Girls Club of Virginia Peninsula or Rotary International.