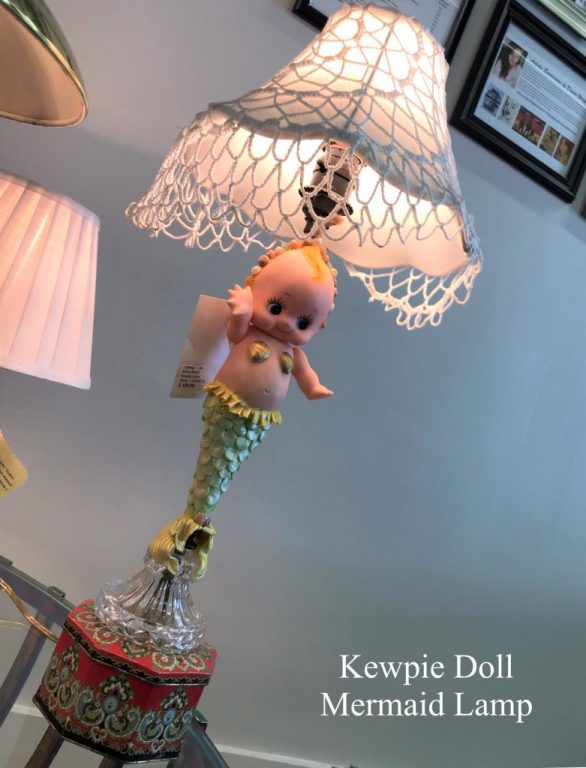 A kewpie doll mermaid lamp is just one of many pieces of art currently on display in the “Old to New” exhibit at the Bay School Community Arts Center in Mathews.

“Old to New,” a collection of artwork that incorporates up-cycled, recycled and reused components to create new works of art, is currently on display in the Art Speaks Gallery at the Bay School Community Arts Center in Mathews.

Artists took various directions as they created their new artwork out of old, said a press release. Some used recycled components, such as Tom Zuk, who incorporated wood scraps in his work. Some, such as Pat Whitlow and Tim Dooley, used combinations of vintage objects to create conversation pieces as well as art.