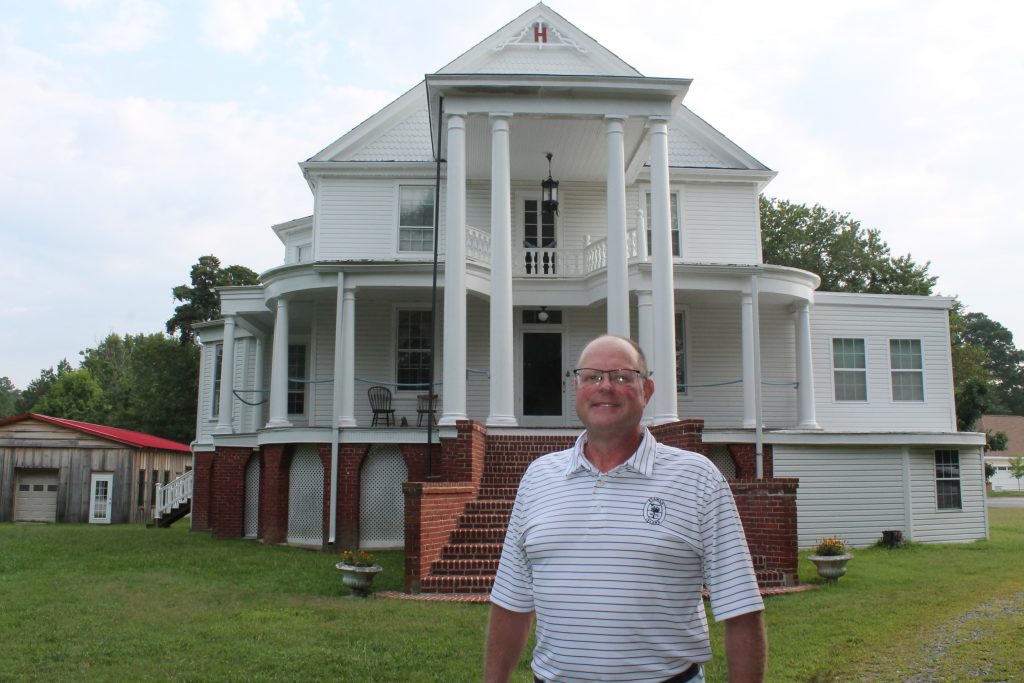 Mark Lenz of West Point and Deltaville has purchased this historic Mathews County building and plans to convert it into an event venue for weddings, anniversaries and other gala affairs.

Mark Lenz of West Point and Deltaville recently purchased Hyco House in Mathews and plans to turn the majestic old home, built in 1836/1837, into an event venue for weddings, anniversaries, and other gala affairs. He is calling it Hyco Manor House Inn.

Originally from the Peninsula, Lenz said he came to Mathews four years ago with his fiancée, Kelley Oakland, while they were looking for investment properties. They looked at the local lighthouses and toured the downtown area.

“We looked at some waterfront properties, and the area really called to me,” he said. “We loved the place.”

Hyco House, which had been renamed Haiku House by the previous owner, the late Sam Forrest, “came up out of the blue,” said Lenz. It had been up for auction twice, but no one had bought it, so after looking it up online and talking with the real estate agent, he made an offer.

“This house is like a beacon, a pillar in the community,” he said. “My goal is to protect and preserve the history of the...