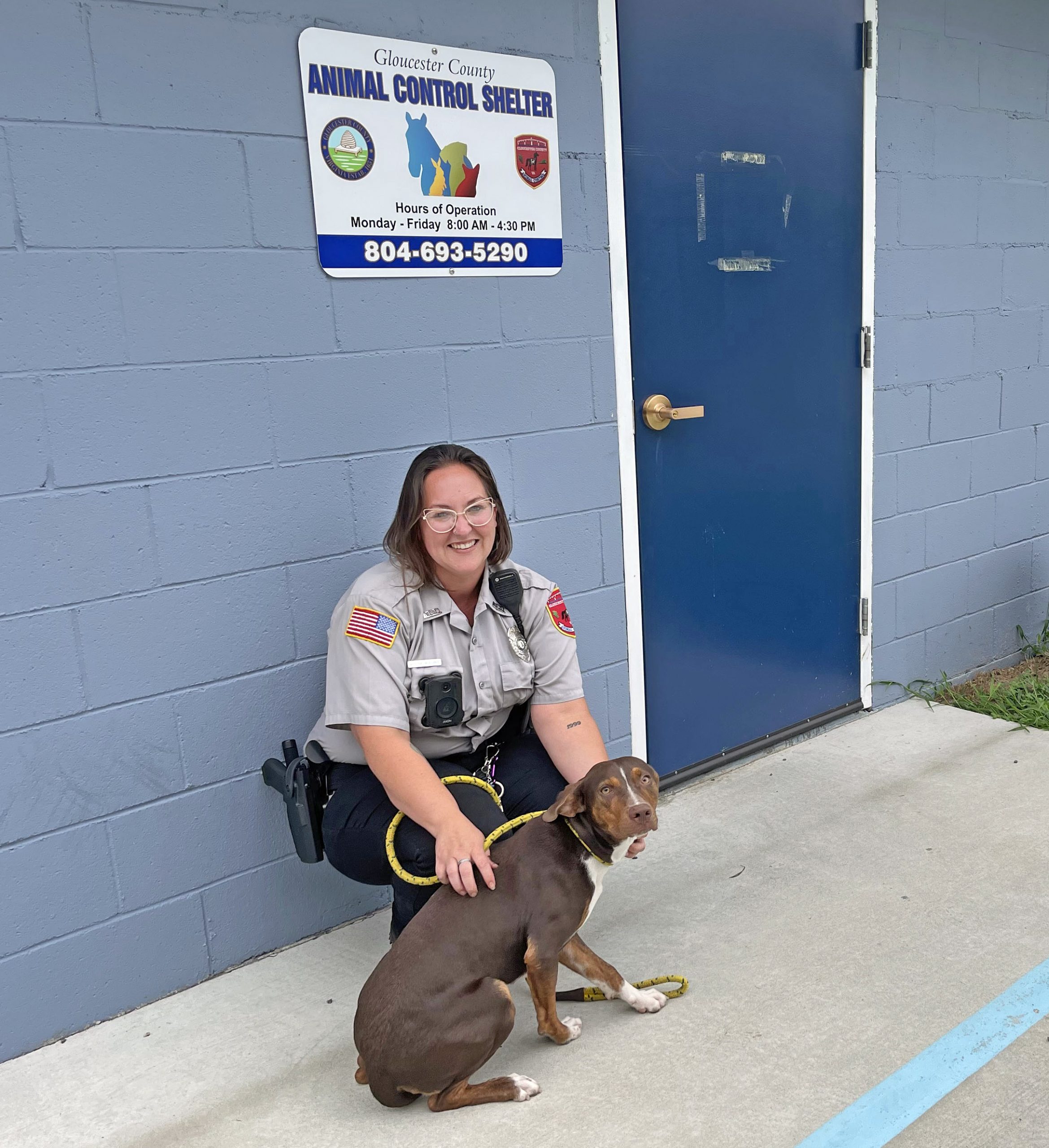 Brooke Hudgins, a native of Mathews, was recently named a new Deputy Animal Control Officer for Gloucester County. From an early age, she has enjoyed a love of animals that her mother instilled in her.

“My mother was constantly rescuing wildlife and any stray animals,” Hudgins said. “People would call her anytime they found an animal that needed a home.”

This love for animals eventually led her to become shelter manager at the Gloucester-Mathews Humane Society. “I loved the job, but I missed actively working with the animals,” she said. In that position, she had worked closely with Animal Control staff. “I always admired the work they did,” she added.

“I became aware of the Animal Control position, and I knew that was where I wanted to be … and knew I could feel like I was making a difference in the lives of the animals and the residents of Gloucester,” she added.