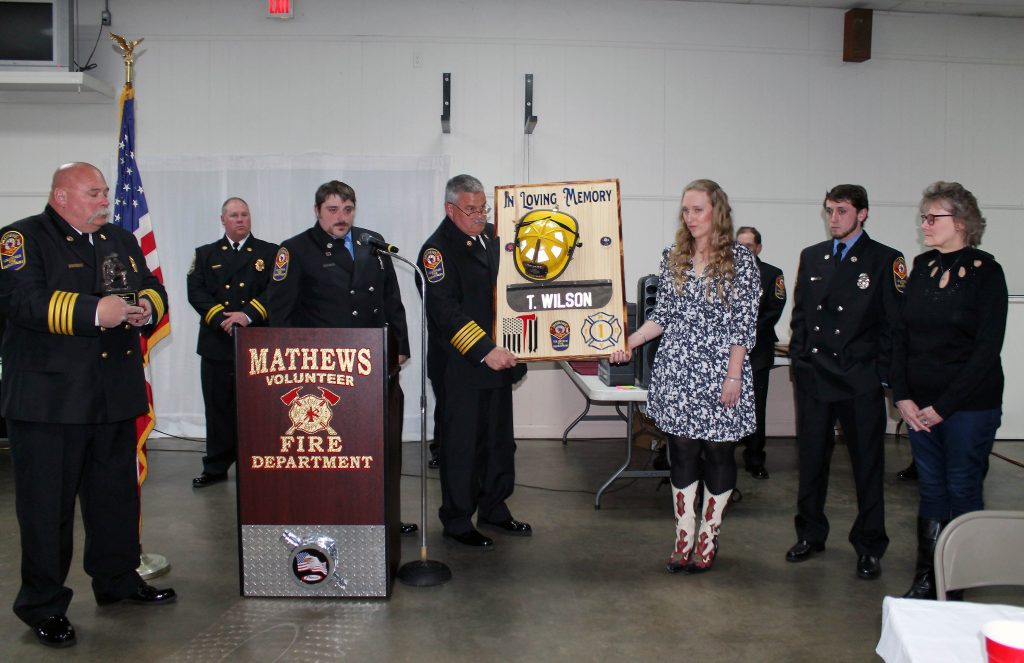 The Mathews Volunteer Fire Department held its annual awards ceremony on Saturday, recognizing members for their years of service and other achievements.

The late Chief Todd Wilson, who had served with the department for over 40 years and unexpectedly passed away in October, was honored with a brief ceremony that included playing of “Amazing Grace” on the bagpipes. His wife, Dana, and daughter, Jessica, accepted a “Fallen Brother Award” and a plaque bearing his helmet in his memory.

The keynote address was in the form of an inspirational video of a speech by retired Albuquerque Fire Department Chief of Operations Bobby Halton, who currently serves as editor in chief of Fire Engineering magazine.

Halton’s theme was that firefighting is “the best damn job in the world.” He spoke of the dangers and challenges that firefighters face, telling a number of stories about firefighters who committed acts of bravery and heroism, including risking their lives to pull their fallen comrade...