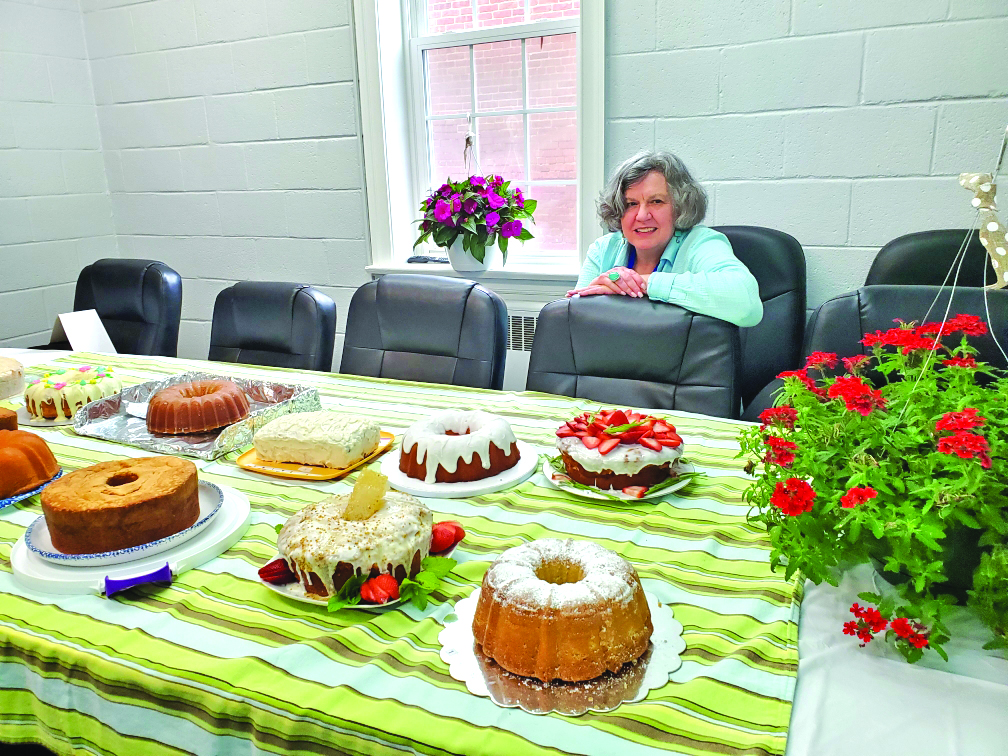 Nancy Twigg with some entries in the May Faire pound cake contest. In a new competition, cakes of all kinds are welcome for the Mathews Historical Museum’s Father’s Day Cake Contest to be held June 18.

The Mathews Historical Museum, fresh off its May Faire pound cake contest, plans its second Father’s Day Cake Contest, to be held Saturday, June 18, at the museum.

Chairman Barbara Bass said first-, second- and third-place prizes will be awarded, and that cakes will be sold to benefit the museum, which is located at 200 Main Street.

Entrants should bring their cakes, any kind, to the museum by 9 a.m. on June 18. There is no entry fee. For more information, email cbbbbb@va.metrocast.net.

Nancy Twigg, chair of the May 7 Pound Cake contest, announced its winners as follows:

“The judges had a difficult time deciding the winners. Two were tied so they re-tasted one cake and asked to see three cakes again. It was a close contest,” Twigg said.
...