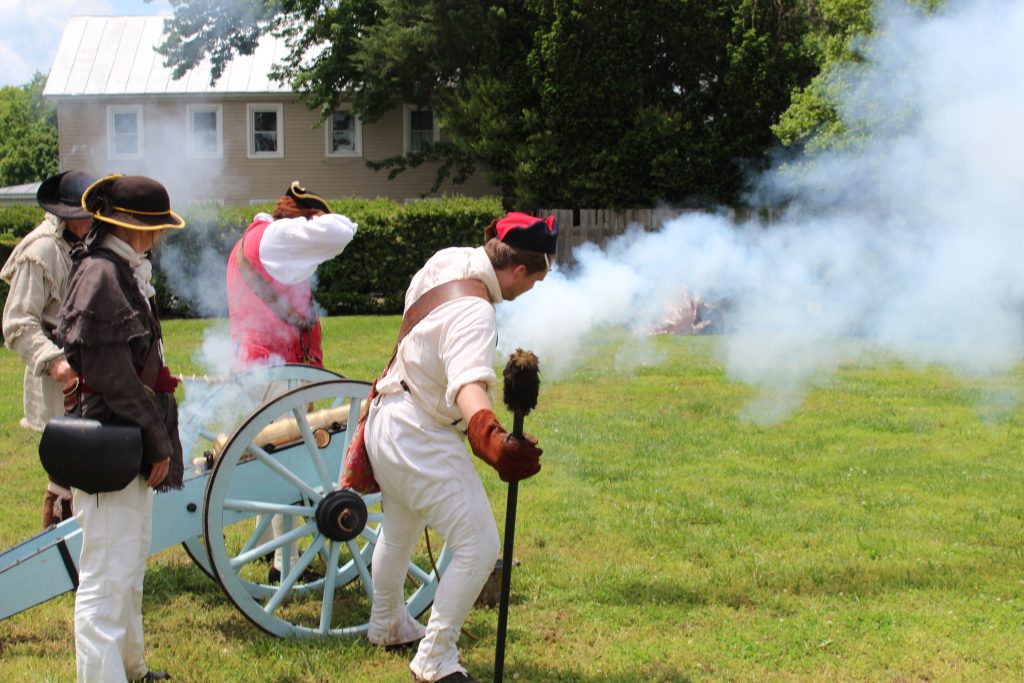 MELANY SLAUGHTER / GAZETTE-JOURNAL The Gloucester Museum of History held its spring Living History Weekend, commemorating the county’s role in the Revolutionary War, Saturday and Sunday. Shown here are reenactors from the 7th Virginia Regiment firing a cannon for guests at the event.

Inclement weather Saturday did not stop the Gloucester Museum of History from holding its spring Living History Weekend, which commemorated the county’s role in the Revolutionary War.

According to a release from Gloucester Parks, Recreation and Tourism, “In the spring of 1776, the 7th Virginia Regiment was posted in Gloucester County. Ten companies of infantry, including one from Gloucester, assembled at the colonial courthouse following instructions from the Committee of Safety. By mid-May 1776, five of those companies were in Williamsburg, but the other five remained in Gloucester.”

Members of the 7th Virginia Regiment helped bring the Revolutionary...