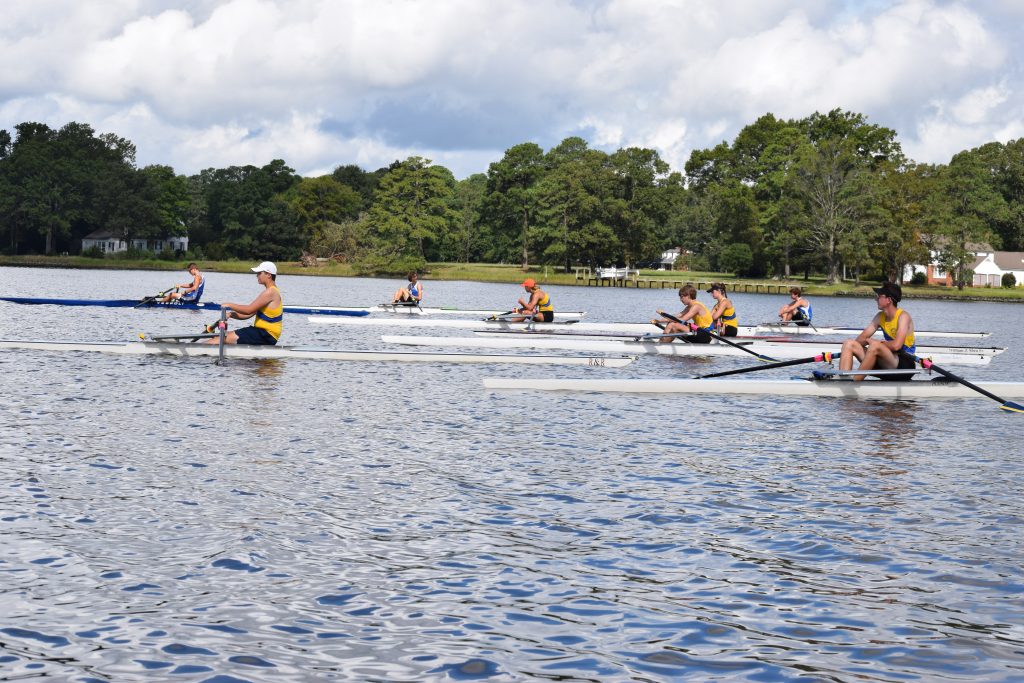 MRA has competed regularly with Williamsburg either at Williams Wharf or at WBC’s home course at Chickahominy Riverfront Park.

WBC brought five boys and four girls to do pieces with MRA’s six girls and three boys. Using the 1,200- and 500-meter format developed at the July 31 MRA/Albemarle practice, the teams were able to run three 1,200s each for boys and girls and one each 500-meter piece.

Mobjack rowers Ben Stroud and Cole Wheeler, from left, compete with a Williamsburg rower at the finish line at Williams Wharf.