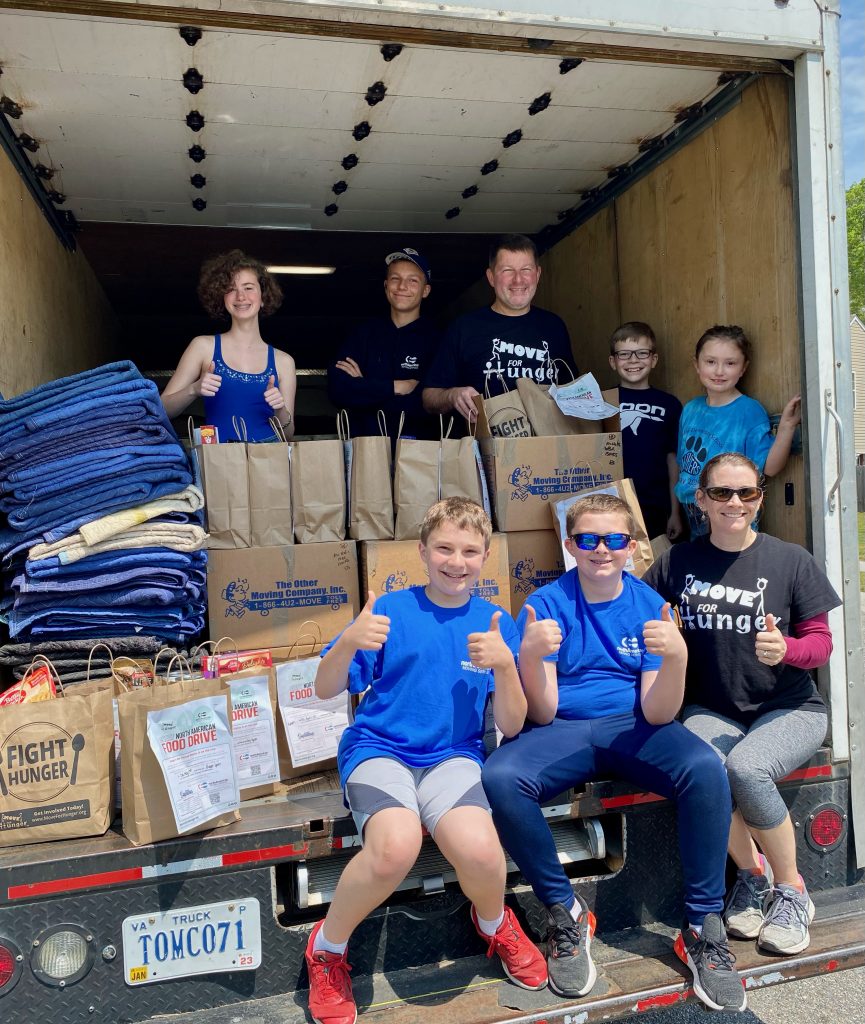 The Other Moving Company, Hayes, recently wrapped up its participation in the second annual Great North American Food Drive, collecting more than 700 pounds of food for the local food pantry.

Last year, Move For Hunger teamed up with North American Van Lines and their agents across the country for this food drive. Owners of The Other Moving Company, now an agent of North American, Brian and Jennifer Hudgins have been active participants with Move For Hunger for 10-plus years, through the generous contributions of their customers.

This year, TOMC held in-office collections, which included two local businesses—Sport Shack and Hayes Auto Sales—and for the second year, a local front-porch pick up in the Seawell’s Trace subdivision and surrounding neighborhood.

On April 18, donation boxes and bags were distributed and on May 1 they were collected for the May 2 deadline. All non-perishable donations were taken directly to Gloucester’s Bread For Life Food Pantry.