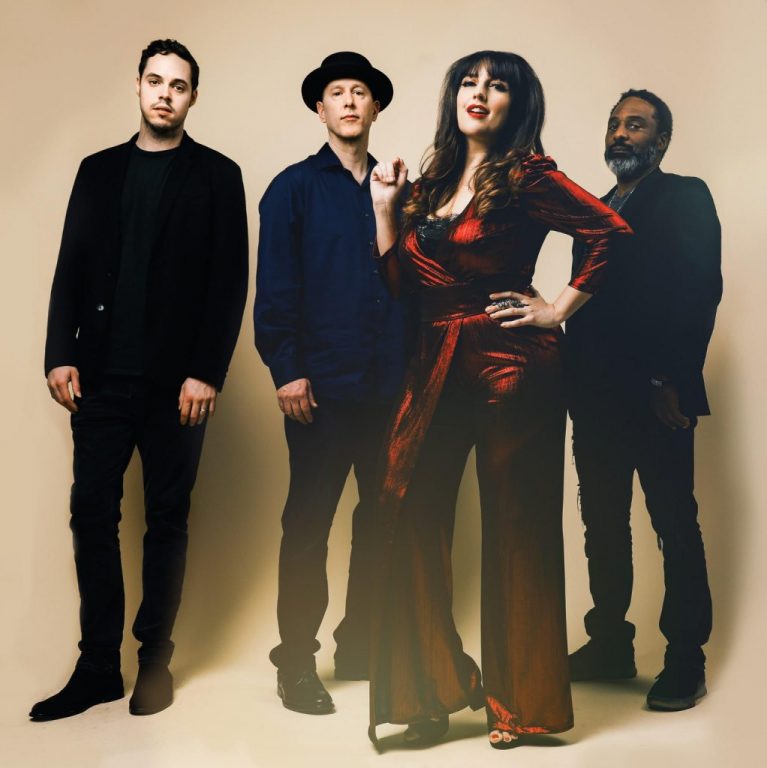 Moonshine Society, an award-winning quartet, is bringing its own brand of roots rock, blues, and old-school R&B to Flat Iron Crossroads this Friday at 6:30 p.m.

The creation of three music scholars who met at Boston’s Berklee College of Music, the group came together in 2009 “to craft their own formula of music that speaks to the soul and defies the labels of traditional musical confines,” said a press release.

The lead singer is Jenny Langer, “part vamp and part glamour girl,” who is known for her “searing hot vocals.” She has shared the stage with many musical greats, including Warren Haynes, Susan Tedeschi, and Gov’t Mule. The band as a whole has performed with such artists as Johnny Winter, Sister Sparrow, and WuTang Clan. Three of the members were inducted into the Blues Hall of Fame in 2012 for their work with harmonica player Charlie Sayles.

Doors open at 5 p.m. with food by The Black Pearl and beverages from the FIX Bar. Tickets are $20 and are available at flatir...