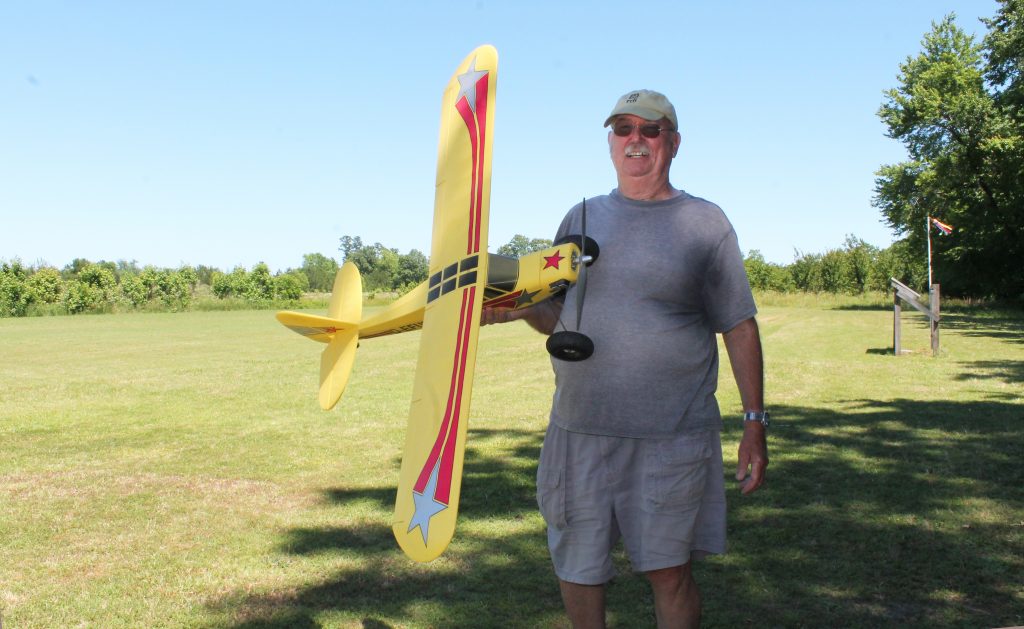 SHERRY HAMILTON / GAZETTE-JOURNAL The Gloucester Area Modelers Club is looking for a new field for its members to fly their RC model aircraft. Club vice president Dennis Knutsen is shown here holding one of his model airplanes.

Model aircraft enthusiasts in Gloucester are looking for a new flying field for their radio-controlled model airplanes and helicopters. The property they’ve been allowed to use free of charge for the past 30 years is being turned into a solar farm, and they have no place to go.

The Gloucester Area Modelers Club has been around since 1990, said the organization’s vice president, Dennis Knutsen. In the beginning, there were nearly two dozen members, and they met on a piece of farmland at the corner of Routes 198 and 3 in Mathews, where they shared landing space with ultralight aircraft owners.

That didn’t last long, though, said Knutsen, and the club was fortunate enough to be offered about an acre and a half of land on a large acreage parcel owned by the Machen family of Mobjack Nurseries.

Located at Flat Iron in Gloucester, the site was perfect, with no buildings or power lines or people or children anywhere near. While the actual landing field was only about the size of a fo...