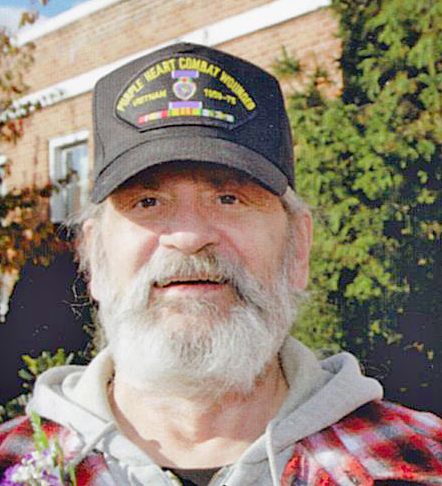 Michael S. Flam of Dutton, made his getaway on Saturday, March 19, 2022. Born in Brooklyn, New York, Michael served his country, voluntarily, in the Vietnam War and received an honorable discharge from the United States Army, after being wounded in combat. Michael served in the 1st Air Cavalry and was awarded the Purple Heart, Bronze Star, the Vietnam Service Medal with two Bronze stars, and several other distinguished awards.

He met the love of his life, Kathleen, in October of 1973. They went on to have 48 years together and never was there a dull moment. Throughout the good and bad times, they stuck together to conquer their small part of the world. Above all else, he loved his family (and gardening) and was the happiest when surrounded by them; even when we were driving him nuts. He was a big presence in the family and will be terribly missed.

Dad passed the way he wanted to: fast and unexpectedly, while also doing his favorite thing: playing on his lawn mower. And whenever he was running around the yard, he had his head-banging music blasting through his earbuds. Dad was unapologetically him!

Michael is survived by his adoring wife, Kathleen; daughter, Sherry-Lynn “Blueberry” and Tim; grandchildren, Ashley and Josh, Timothy, Wayne and Krystal, and Zach; sister-in-law, Margy and Bob; brother-in-law, Joseph and Judy; lifelong pals, Jimmy and Joe, as well as his nieces and nephews. He’s also survived by his favorite cat of all time, “Gizmo.”

The family would like to thank Christina and Allen for noticing something was amiss and rendering first aid and the Mathews Volunteer Rescue Squad for their care and professionalism. We are forever in your debt. In lieu of flowers, the family asks that you make a donation to the Mathews Volunteer Rescue Squad, 94 Cricket Hill Road, Hudgins, Va. 23076.

He was unapologetically him!!