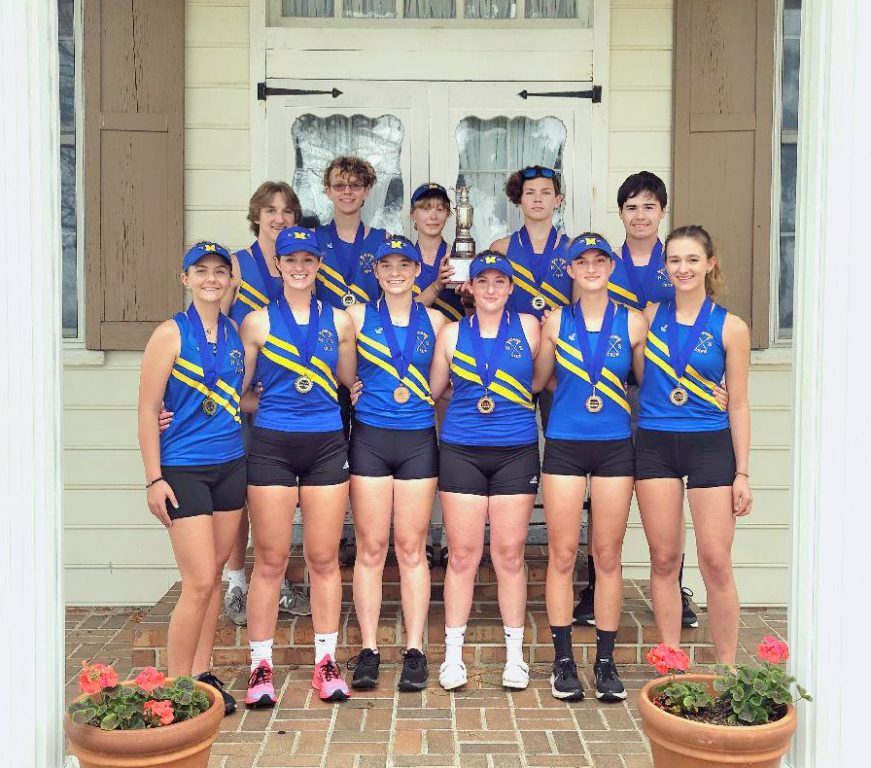 The Mathews High School crew pulled in some good results on Saturday at the 2022 Eastern Virginia Scholastic Rowing Association Championships Regatta in Norfolk.

MHS crew faced competition from 13 mostly Tidewater teams with two from Richmond and one from North Carolina.In the men’s varsity four championship event, cox Savannah Hartlove brought her crew of Cole Wheeler, Calvin Burton, Jaxon McDonald and Ben Stroud from third in the qualifying heat to a strong gold medal finish in the final.

The women’s quad final event had Macy Johnson, Lily Baucom, Scarlet Johnson and Annalise Morse take the bronze finish behind Williamsburg and Norfolk Academy with Coastal Virginia and Granby finishing out the field.

In the Blue Devils’ final entry, Lillian Copeland and Mandy Moran won the gold in the women’s double by 43 seconds over Great Bridge, with Elizabeth City coming in third.