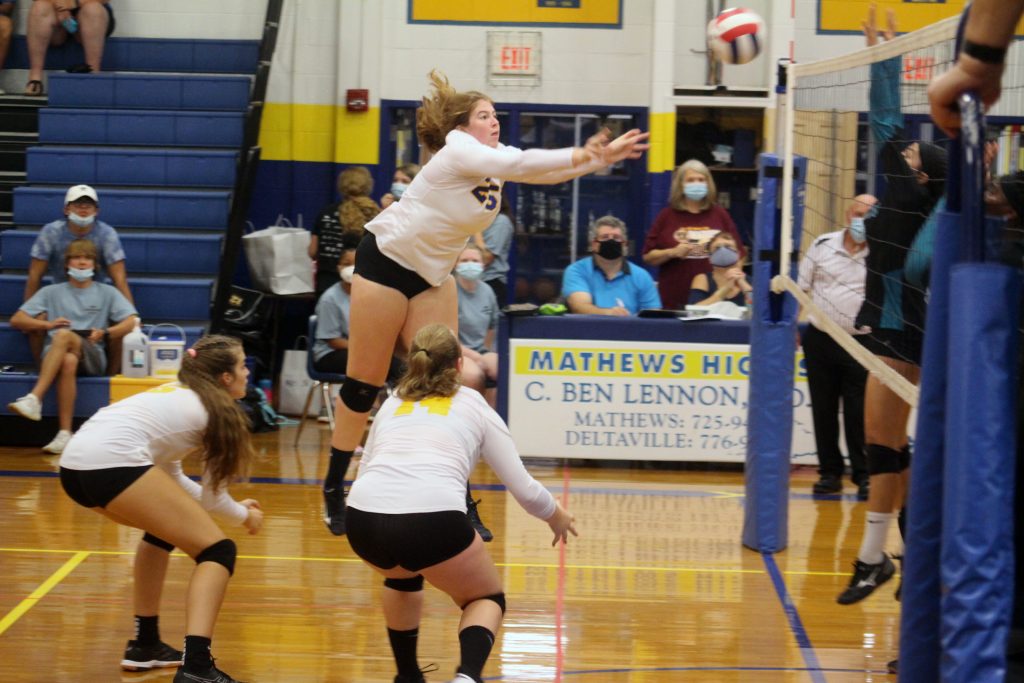 CHARLIE KOENIG / GAZETTE-JOURNAL Joice Small hits the ball over the net for Mathews in Saturday’s match against Woodside during the MHS Jubilee.

To kick off the 2021 season, the Mathews High School volleyball teams traveled to New Kent last Wednesday for a scrimmage.

The JV team was the first to play. The squad was defeated in all of the three sets played, but coach Helen Morris kept a smile the whole time, supporting her girls.

The varsity match followed, and the Lady Devils were excited to get on the court. The Devils did lose all five sets, but kept their heads up and still gave the crowd a show.

On Saturday, Mathews hosted its annual volleyball jamboree. The girls woke up early and got to the court to start warming up at 8 a.m. for the 9 o’clock start. Each game was only two sets. In the varsity Devils’ opener, Woodside beat Mathews in the first set, 25-21, but Mathews came back to win the second by the same margin.

Mathews had four total aces, 14 kills, and 13 digs. Olivia Coons, Chelsea Lowe and Olivia Ashbaugh all had perfect serves. After two other games were played, Mathews came back to play Warwick. The L...