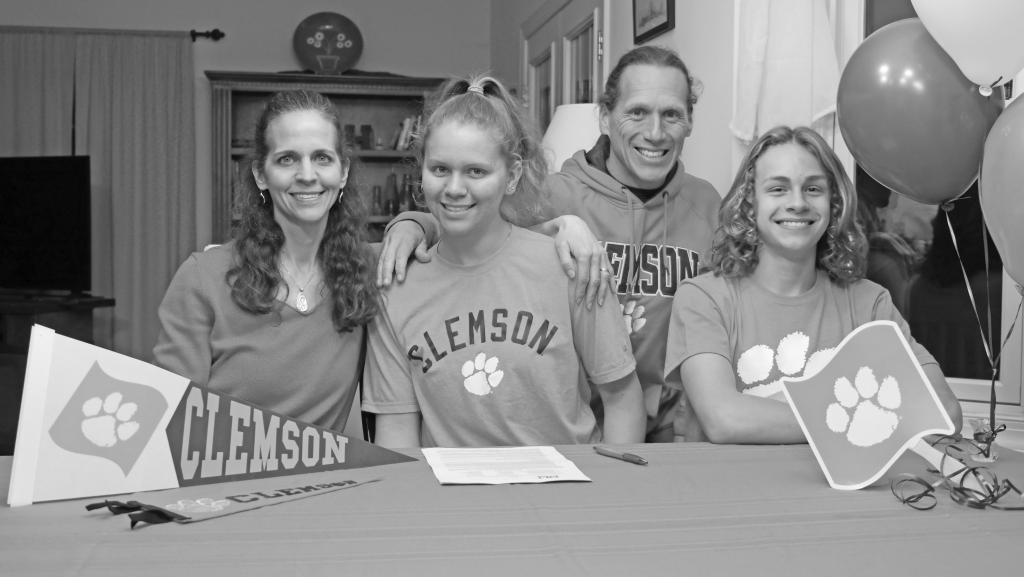 Jaysen Hall, a senior at Mathews High School, recently signed a National Letter of Intent to row for Clemson University women’s rowing team in the fall.

Previously, Hall made a non-binding, verbal commitment to play soccer at Randolph-Macon College but a knee injury and a growing love for rowing pointed her in a different direction.

Hall started rowing during her junior year at MHS and she placed third in the 16-17 age group at the 2019 Mid Atlantic Erg Sprints and second at the 2019 Great Bridge Erg Sprints in Virginia Beach. She capped last season by winning the novice single at the 2019 Independence Day Regatta in Philadelphia.

Before switching to rowing, Hall played soccer for the Virginia Legacy travel team while she was in middle school. She also competed at the Olympic Development level and participated in the English Premiere League’s Wolverhampton Wolves, U.S. national camp.