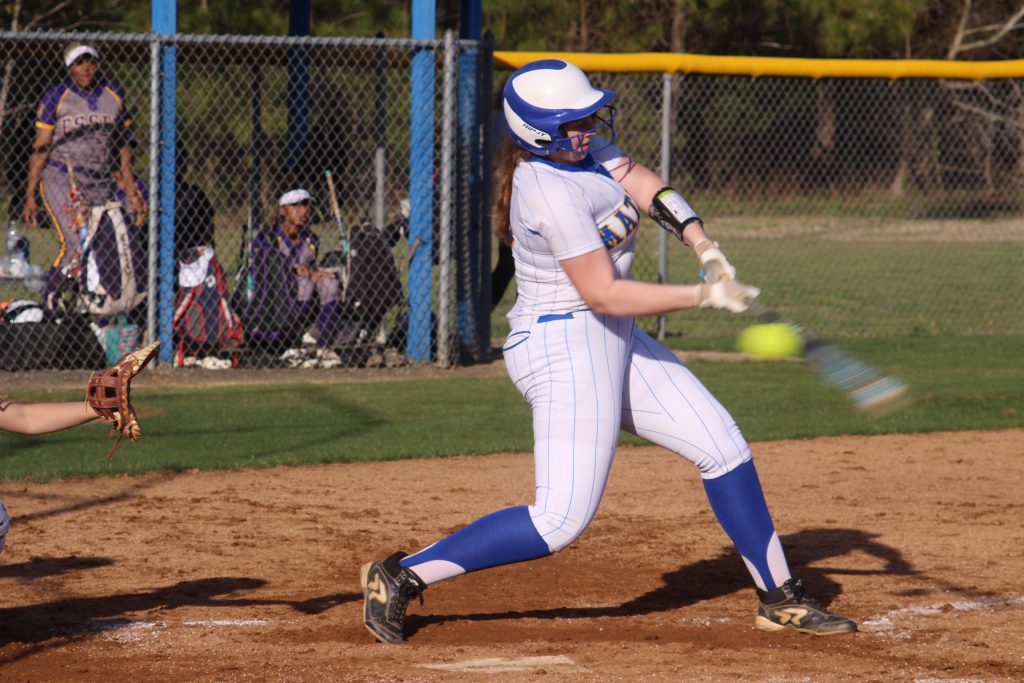 MHS senior Joice Small had two doubles and a home run in Friday’s 7-5 win over Essex.

The Mathews High School varsity softball team picked up a pair of wins last week, including a thrilling come-from-behind 7-5 victory on Friday against the visiting Essex Trojans.

Essex jumped out to an early 5-0 lead. Mathews finally got on the scoreboard in the bottom of the fourth when senior Joice Small hit a two-run homer. Small also connected on two doubles in the win.

Mathews was still trailing, 5-4, in the bottom of the sixth when junior Reese Brock drove in the tying and go-ahead runs with a two-RBI double.

The day before, Mathews had no trouble with King and Queen, shutting out the Tigers in a home contest, 22-0.

rittenden struck out 12 in a five-inning performance on the mound. Ashton Hudgins (two singles) and Brock (single, double) had multiple hits. West contributed a doubl...