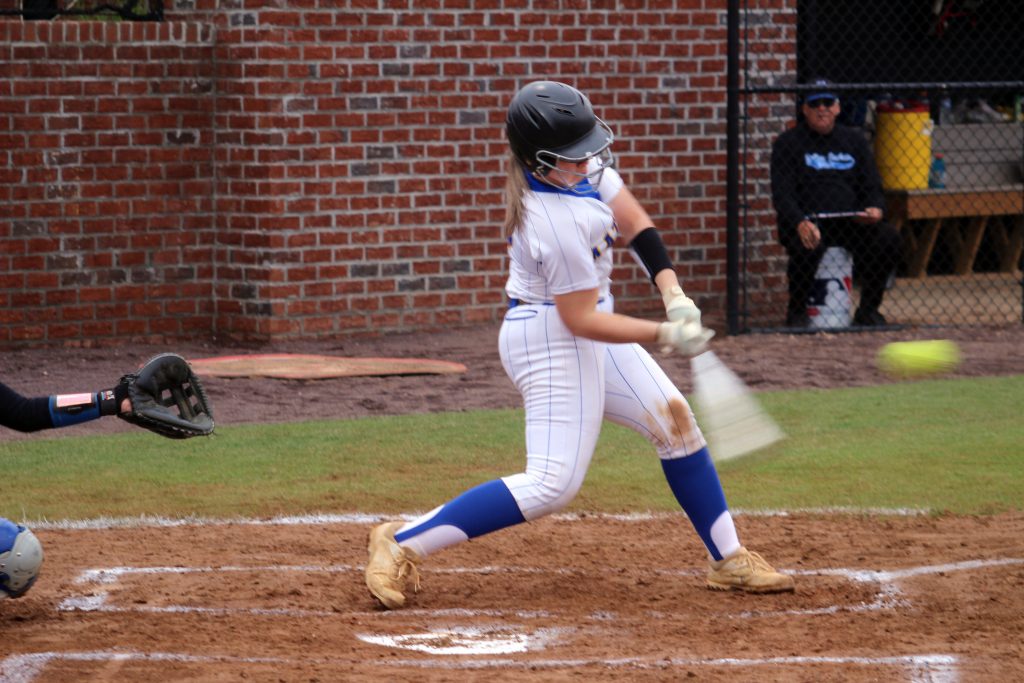 The Mathews High School varsity softball team fell just one win shy of earning a state playoff berth, dropping a 10-4 contest to the Rappahannock Raiders in the Region 1A semifinals on Tuesday at Warsaw.

Last Thursday, the #3 seed Devils posted an 11-7 win in the first round of the regional tournament, beating the Northampton Yellow Jackets at the Dream Fields in Kilmarnock.

In Tuesday’s loss, Mathews was held hitless. The Devils did collect seven walks and the Raiders committed three errors, allowing Mathews to score its four runs.

Mathews was supposed to host last Thursday’s matchup with Northampton, but wet field conditions resulted in the contest being moved to a neutral site.

Trailing 1-0 in the first inning, Mathews exploded for four runs in the bottom of the frame, with Emily West driving in three of those runs with a bases-clearing double. On the mound, West had a complete-game victory, striking out five. Joice Small collected four RBIs off two singles. Christiana ...