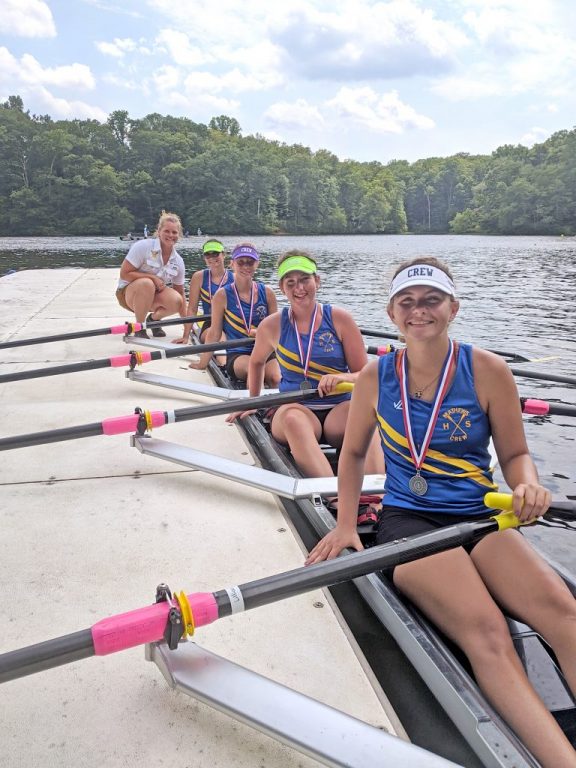 The MHS crew traveled to Northern Virginia, marking the end of a hiatus for the rowers from participating in events on the Occoquan due to COVID-19 mandates.

While the athletes were excited about a return to normalcy in the rowing world, they were also preparing to race many teams that they had not seen since the spring of 2019.

The first race of the day for MHS was the Women’s Junior Double qualifier heat for finals. Rowers Mandy Moran and Scarlet Johnson had a solid row and comfortably qualified for the final in the afternoon. While Moran is a veteran rower, this regatta was Johnson’s first on the Occoquan. In their final, Moran and Johnson placed fourth overall in the state with a time of 6:16.9.

Rowing just before the Women’s Junior Double final were Cole Wheeler and Ben Stroud in the Men’s...