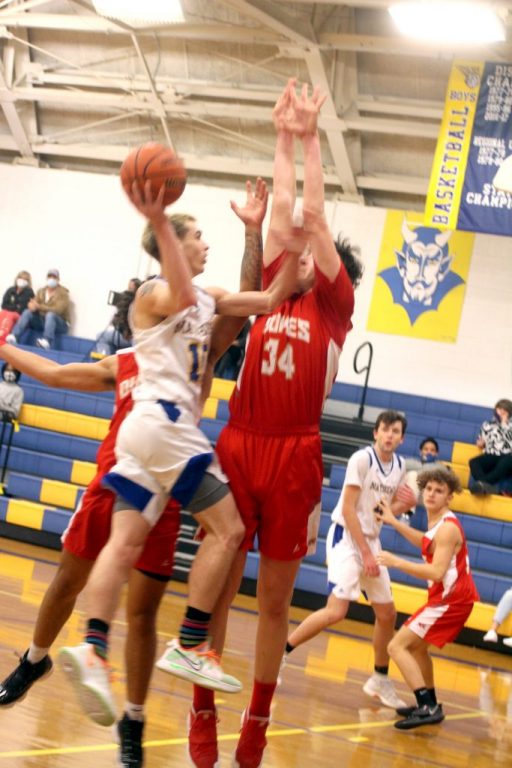 Mathews senior Caleb “KK” Thomas (#10) attempts to get past Gloucester’s Bailey Hudgins (#34) in Friday’s contest between the Blue Devils and visiting Dukes. Thomas led Mathews in scoring with 21 points as the Devils won, 66-39.

In the varsity matchup, the Blue Devils easily defeated Gloucester, 66-39.

But the JV boys set the tone, coming back from trailing, 20-9, at the half to rally in the final minutes to take the win. “I was happy to see my very young and inexperienced team hang in there and show some poise,” said JV head coach James Hutcheson.