Mathews then and now exhibit at library 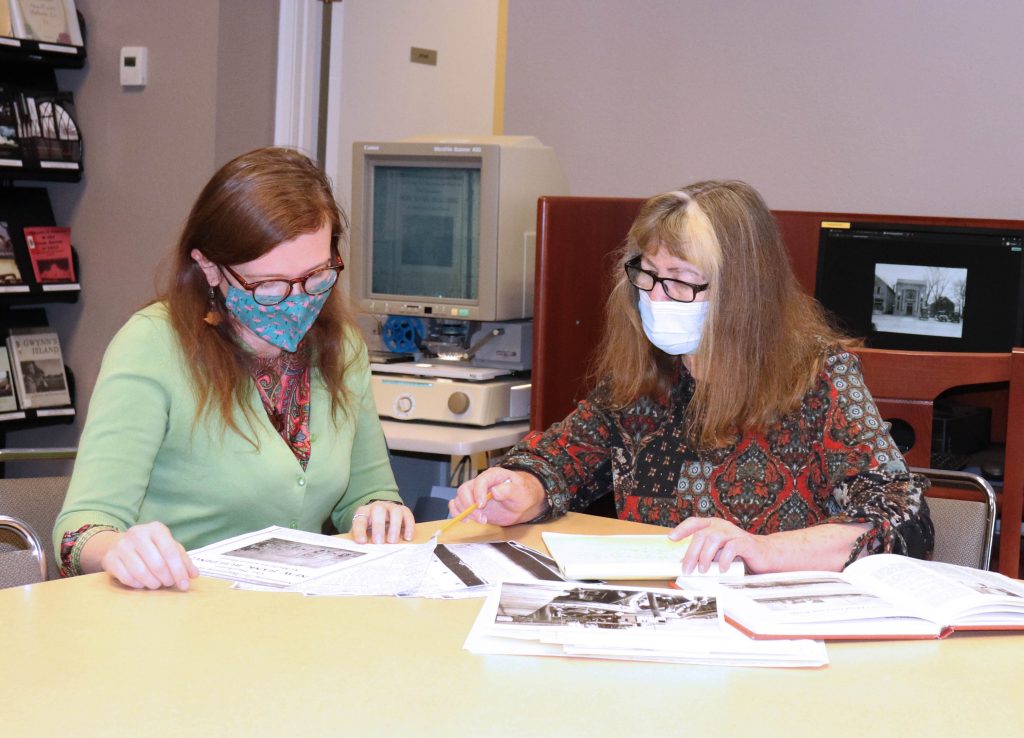 Mathews Memorial Library staff members Maude Donovan, left, and Becky Barnhardt pore over photographs and archival documents they used in an exhibit about the ways in which Mathews has changed and yet remained the same over the past century.

Mathews Memorial Library has created an exhibit of photographs illustrating the ways in which the county has both changed and remained the same over the past 100 years.

In 1920, the U.S. Census Bureau published data showing Mathews County with a population of 8,447, said Library Director Bette Dillehay in a press release. A century later, the bureau issued the 2020 Census, which revealed a population of 8,533 residents.

This somewhat startling revelation prompted two library staff members, Becky Barnhardt and Maude Donovan, to delve deeper into the life and culture of the community as it has evolved over a century, said Dillehay.

Using archival documents, newspapers, and published materials, the women developed the exhibit, focusing on both the past and existing culture of Mathews—a culture that sets it apart from other communities. The fruit of their efforts is now available for study and review in the display located in the lobby of the library.

Community culture is the ...