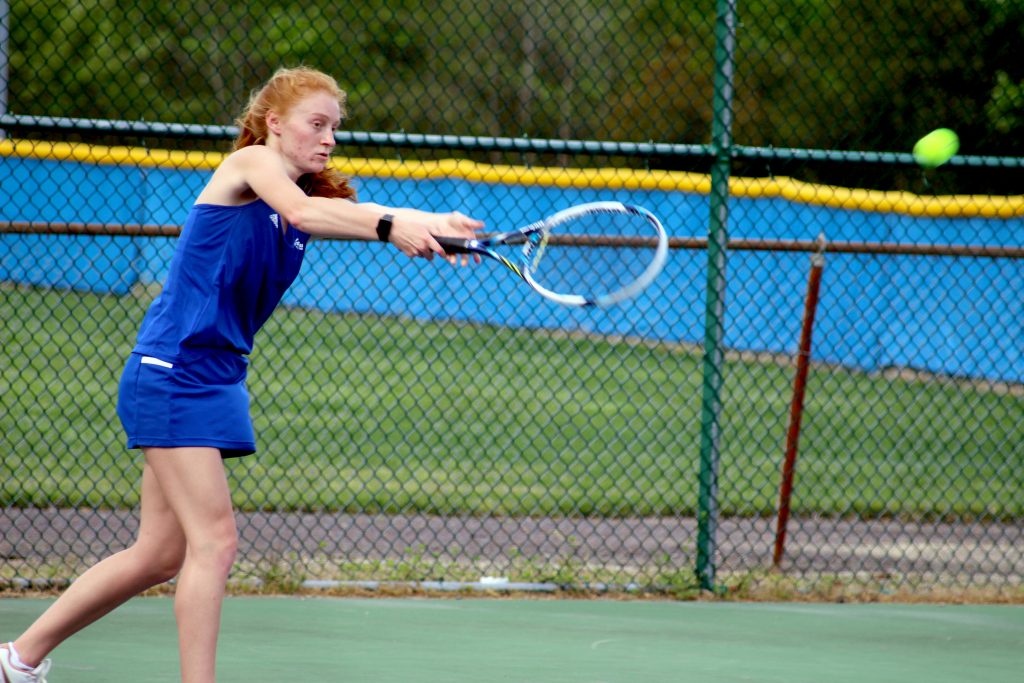 Senior Connie Johnson, the #1 seed on this year’s Mathews High School girls’ tennis team, is currently unbeaten in both singles and doubles play so far this season.

Last Thursday at Mathews and on Tuesday at Warsaw, the Rappahannock Raiders defeated Mathews by 7-2 margins both times. A very strong Connie Johnson, playing number one singles, won 8-1 on Thursday and then, 8-0, on Tuesday against Rappahannock’s Layla Gaines.

At number two, Kylie Berry was defeated 8-0 by Katelynn Headley and then 8-0 by Kaylee Childs in the second match against Rappahannock. Number three Faith Lewis played hard but took a loss of 8-2 to a strong Laura Passagaluppi and then took another loss on Thursday to her, 8-2.

Playing number four for the first Raiders’ match, Brooklyne Fulford, new to the team, lost to Emma Rouse, 8-1. Taylor Wood, another beginner playing number five lost to Kaylee Childs, 8-1. Fulford and Wood were unable to attend the away match at Rappahannock.

In doubles at number one, Johnson and Berry rem...