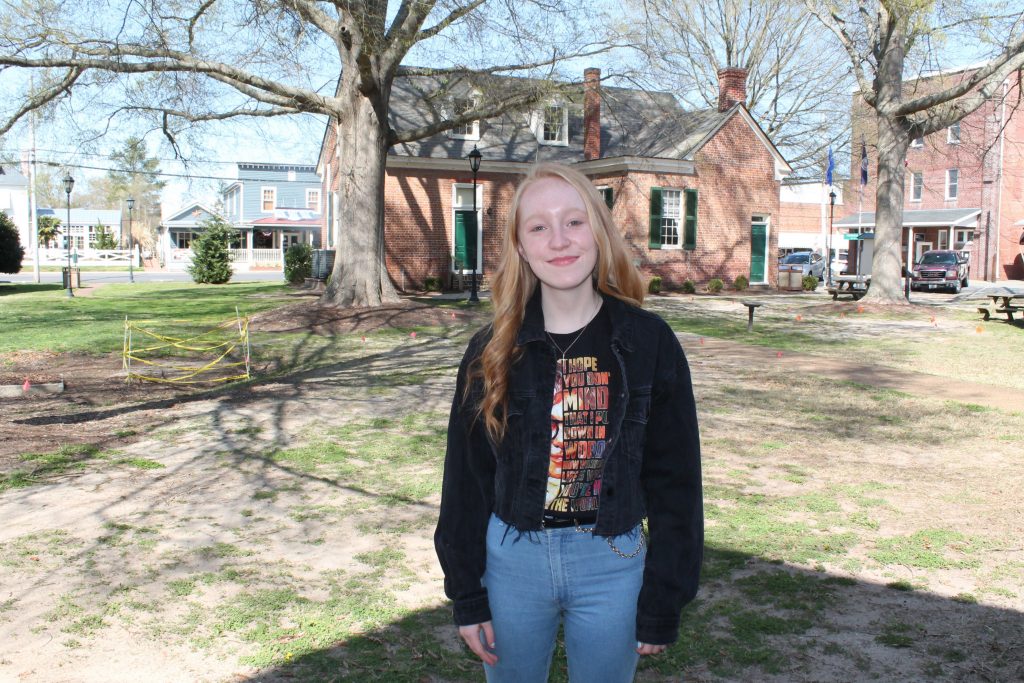 SHERRY HAMILTON / GAZETTE-JOURNAL Fourteen-year-old Heather MacKenzie of Mathews is getting ready to release four music singles she wrote during a month with music professionals in Atlanta.

Heather MacKenzie’s life has changed quite a bit over the past year or so.

Now she’s established her own music publishing company, and she’s getting ready to release four original songs she has written. Her music producer has assured her she’s just what people are looking for.

“He said we need someone who’s more happy—a girl-next-door sort,” she said with her characteristic grin.

Heather and her mom, Kim Hopkins, spent five weeks in Atlanta over February and March so that Heather could work with producer Josh Monroy of Studio 1 Zero. They had met him in November to write three demos, and the plan was to turn those demos into actual recordings this time and to write two more demos for the future. But ...