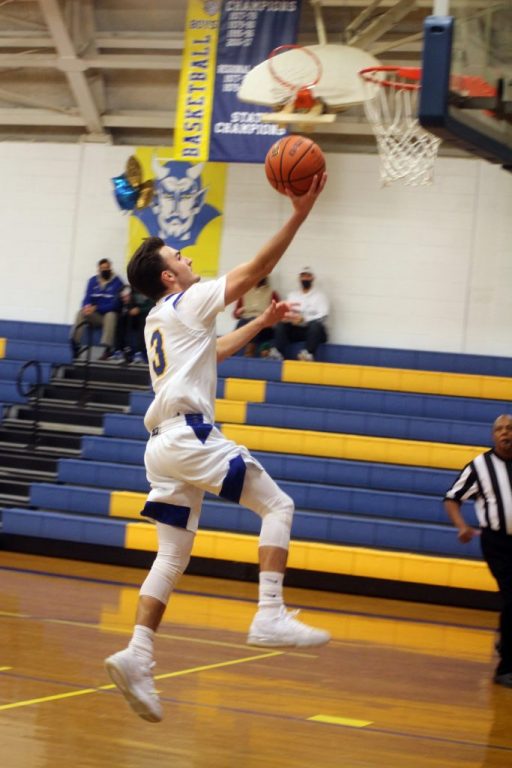 CHARLIE KOENIG / GAZETTE-JOURNAL Blue Devil Landon Greene led the team in scoring as Mathews defeated the visiting Rappahannock Raiders, 74-47. Greene, one of four seniors honored during the game, scored 18 points in the win.

CHARLIE KOENIG / GAZETTE-JOURNALJV Devil Andrew Greve takes it to the hoop for Mathews in Tuesday’s 58-18 win over the visiting Rappahannock Raiders. Greve scored six points in the win. Also pictured is Jordyn Cosby (#50), who ended the night with four points.

After more than a week without a game, the Mathews High School boys’ basketball teams returned to the court strong with convincing wins over the visiting Rappahannock Raiders on Tuesday.

The JV boys set the tone for the evening, destroying the Raiders, 58-18. The varsity team seemed poised to follow suit, opening up a 13-0 lead before Rappahannock was able to hit its first basket. While the game settled down after that, Mathews still was able to secure a 25-point victory, 72-47.