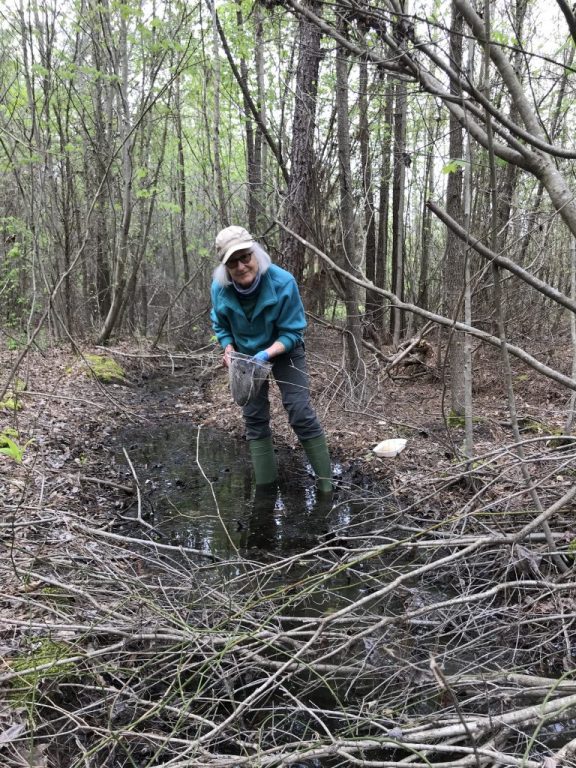 This spring’s samples have revealed a drop in the number of marbled salamander larvae. Biologist Susan Watson at the Virginia Department of Game and Inland Fisheries notes that the population decline is probably not due to disease, as water levels have been low this spring across the area.

Both the Marbled and the state-threatened Mabee’s salamanders, the two species being observed in Gloucester, are very sensitive to changing environmental conditions, she said.

These adult salamanders are primarily land-dwelling. They return to temporary p...