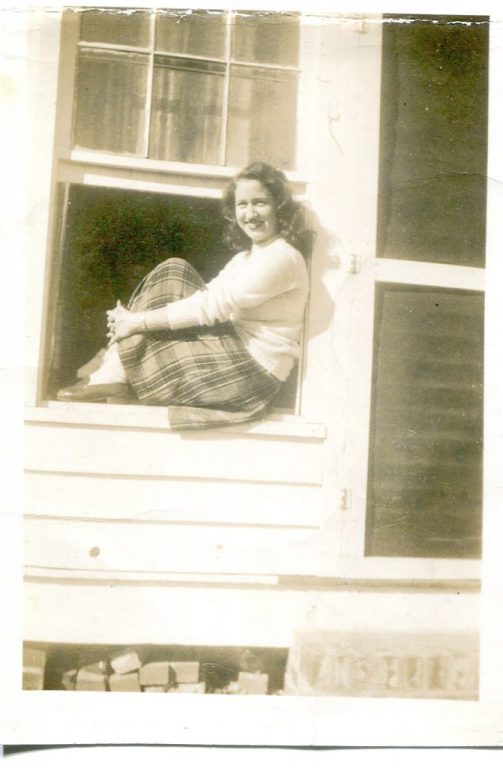 Mary Josephine Davis Marnix, affectionately known by her family as “Grandmother,” passed away on the morning of Saturday, Sept. 5, 2020, at the age of 93.

Mary was born in the community of Axton, Virginia (Henry County), on June 20, 1927. Her family moved to Point Pleasant on the shores of the York River in Cappahosic when she was nine years old. She graduated from Botetourt High School and was an active member of the Botetourt Belles for many years.

After a year of nurse’s training at Johnston-Willis Hospital in Richmond, Mary returned to Cappahosic to begin her new life as a young wife and mother. While her children were small, she served as a volunteer at Botetourt Elementary School and Bellamy Methodist Church. She was also a Brownie leader.

The Marnix family moved to Newport News in 1963 and Mary worked at BASF in James City County as a Senior Laboratory Technician until her retirement.

Mary had been an avid crafter since childhood and mastered many skills including crocheting, knitting, sewing, and chair caning. After retirement, she became a member of the Denbigh Crafters. These volunteers crochet lap robes and afghans for disabled American veterans, hats for the homeless, hats and mittens for children in Appalachia, hats for cancer patients, and shawls and afghans for residents in area nursing homes and hospitals.

She also volunteered for many years as a docent at the Watermen’s Museum in Yorktown and enjoyed meeting people from all over the world and telling them about growing up on the York River including the importance of the York, not only in local commerce, but also in the joys of everyday life.

Mary’s family was able to keep her at home until her passing, allowing her to enjoy many visits from those who loved her. Everyone in the family, from the youngest to the oldest, all had a part to play in her final days to make sure that she was as happy and as comfortable as possible. From something as simple as sitting by her bedside for a chat all the way to the complex demands of caregiving in the most tender and loving way, they were able to take care of the needs their beloved Grandmother until the end of her life.

Mary will be remembered by those who knew her as a strong and independent woman who believed in hard work, perseverance, the importance of family, and the responsibility of helping others. She was the proud and loving matriarch of her family and a good friend to many. She will be greatly missed. The family would like to express its sincere gratitude to the team from Heartland Hospice who provided exceptional care for Mary and her family during the final days with a special thanks to Traci and Andrea. The love, respect, and professional care provided by the Hospice Team is very much appreciated.

Funeral services will be private. Andrews Funeral Home & Crematory is in charge of arrangements.