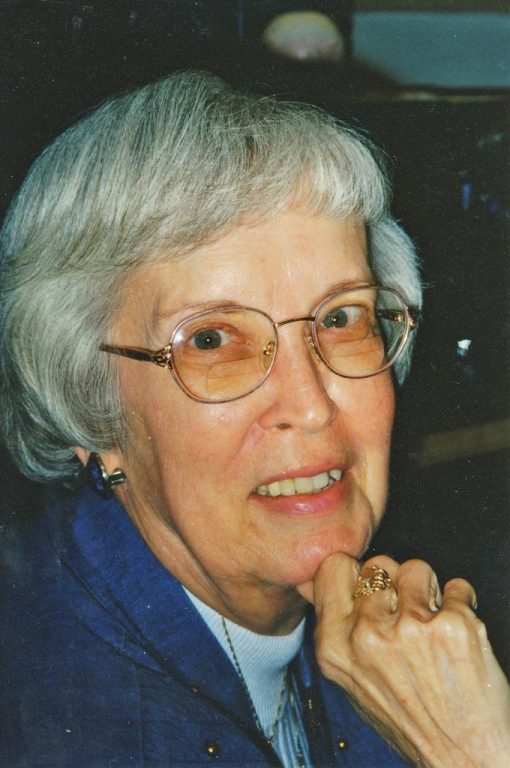 Mary “Hobbie” Crafton (née Hubley) passed away peacefully on June 21, 2022 at 91 years old. Hobbie was born on Oct. 5, 1930 in Elizabethtown, Kentucky, and later worked at Fort Knox nearby before welcoming her children, Mike and Diana.

Hobbie seamlessly blended families throughout her life as she married Larry Chandler and became a mom to Alan, Lisa, and Keith. They retired to their hometown of Campbellsville, Kentucky, just down the road from the Chandler homestead and frequently brought their family together there as their grandchildren grew. Later in life, Hobbie married Ray Crafton and was overjoyed to count Bob, Raymond, and Sarah Margaret as children too. Hobbie loved their home in Virginia with their neighbors Mesa and Billy, feeding the boogies (squirrels) and watching the creek with a glass of Cavit pinot grigio full to the brim. No matter where she lived, Hobbie loved caring for her large family who will continue to spend their days wrapped in the quilts she lovingly sewed for them over the years.

She was preceded in death by her parents (Sam and Mary Belle), Larry Chandler, Ray Crafton, and many other cherished family and friends.

A memorial will be held at a later date in Campbellsville, Kentucky. In lieu of flowers, donations may be made to the Alzheimer’s Association, which celebrates their annual Longest Day on the summer solstice to bring light to the darkness of Alzheimer’s and is the same day Hobbie passed. Online condolences may be made at www.indianafuneralcare.com.