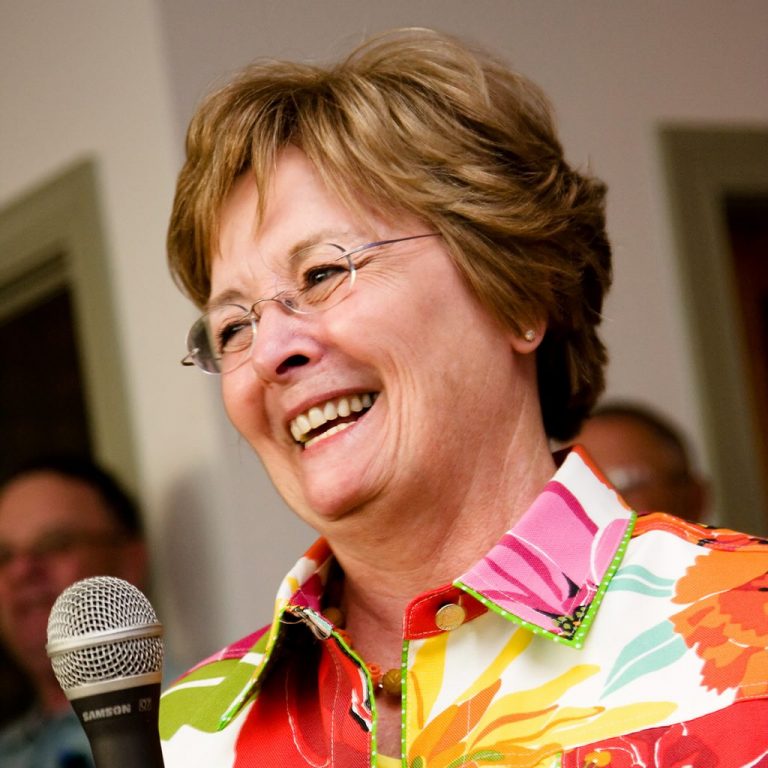 Martha Anne King (Smith), 73, of Hallieford, passed away, Saturday, July 18, 2020, after a warrior’s battle with cancer. She was born in Kansas City, Missouri, on Aug. 17, 1946 to the late Bradford and June Smith. Martha Anne is survived by her loving husband of 50 years, Terence Michael King; two daughters, Tracey (married to Eric Barrett) and Virginia (married to Chris Leggett); four grandchildren, Ryan, Josh, Brennan and Elizabeth June, and her brother, Hilton “Butch” Smith and sister-in-law, Judy.

Martha Anne grew up in Alexandria, graduating top of her class from Groveton High School in 1964. She attended Lynchburg College on a swim and dive scholarship, graduating with honors in 1968 as an English major. Following graduation, she was offered a programming position with IBM. Not only did she take the offer, she negotiated her own salary, which was quite an accomplishment for a woman in the late 1960s.

Her position at IBM took her to New Jersey where through her brother, Butch, she met her future husband, Terry. The couple fell in love after their first date to the NYC Playboy Club. They married on November 28, 1969. Martha Anne’s career took them back to the D.C. area in the early ’70s, where she worked in the federal contracting field, ultimately retiring from Oracle in 2007.

In 1974, Martha Anne requested maternity leave prior to the arrival of her first daughter, Tracey. This was denied; however, her beloved boss held her position open until the new mother was able to return to her job. Seeing this inequity, Martha Anne worked to institute a maternity leave policy in the company. Three years later at the birth of her second daughter, Ginny, she was one of the many beneficiaries of this policy.

In 1979, Martha Anne and Terry began their endeavor as their girls’ biggest fans on the sideline of a soccer field, in the bleachers of a field hockey tournament, enjoying a school talent show, editing graduation speeches, or producing the world’s best elementary school haunted house (with the best witch costume ever), and volunteering countless hours with the PTA and other organizations. Martha Anne and Terry helped spearhead the campaign in Fairfax County to establish affordable after school childcare, which resulted in the SACC program, benefitting thousands of Fairfax County families today.

Martha Anne’s enthusiasm for excellence and thirst for education propelled her into retirement when she and Terry came to the Rivah full-time. Terry’s diagnosis with Parkinson’s disease placed MAK into a new role: caregiver. Fulfilling her oath to support each other in sickness and health, MAK worked tirelessly with the VA to ensure Terry would receive his full entitlement, which would provide for his care for the rest of his life.

During these retirement years in Mathews, MAK discovered her true self, undergoing a metamorphosis into an accomplished writer and visual artist. The women and men at the Chesapeake Bay Writer’s Guild, National League of American Pen Women, Bay School Community Arts Center, Rappahannock Art League, Kingston Parish, her cherished “Booked for Lunch” Club, and “Soup Group” inspired Martha Anne to continue her explorations in literature, art and life.

Her written works were published and heard at open mics. Her love of painting took her to Italy and other exotic locations. She exhibited her art work in galleries across Virginia, entered and won art shows, and never stopped learning her craft. She leaves behind an extensive portfolio of “to be finished” pieces.

MAK was overjoyed to become “Grandma” with the birth of her four grandchildren, each embodying strengths of their beloved grandmother.

Throughout MAK’s life, she used her power and intelligence to make this world a better place. Her friends and family describe MAK as an inspiration, joyful, spirited, strong, and intelligent. Her strength, determination, and love of life continued throughout her life, never wavering while she waged war against her cancer for two and a half years. MAK’s “Nymph Army” of friends and relatives held her up when she could not. When treatments failed and no other options arose, save for Riverside Hospice, she chose to surrender peacefully in her beloved River house, within the gallery of her beautiful works, with her adoring daughters by her side.

A private memorial service will be held at Christ Church Kingston Parish.

A virtual memorial service will be posted at Faulkner Funeral Homes, https://www.faulknerfuneralhcs.com/obituaries.