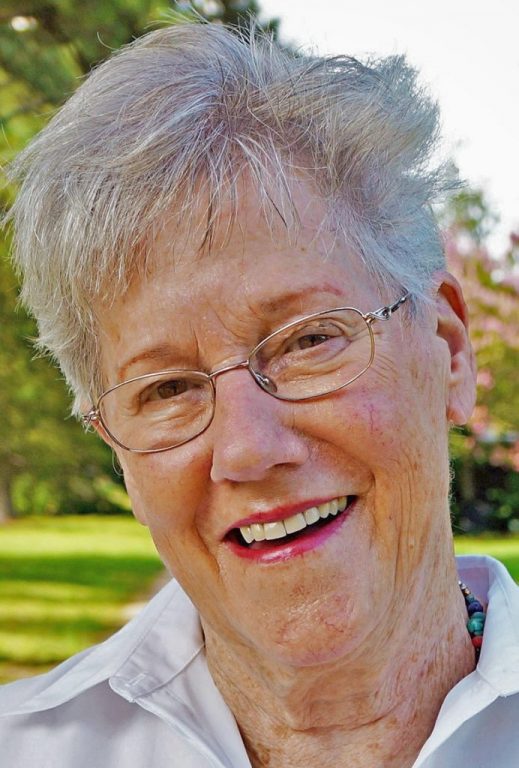 Margaret Cushing Dunnington Hudgins (Peggy), 81, of Mathews, Virginia, passed away on Saturday, Feb. 5, 2022, at her home in Hallieford surrounded by family. Raised in Dover, New Hampshire, Peggy was the daughter of Mary Zane and Thomas Cushing Dunnington, where she learned the importance of community service from both her parents, with her father serving as a New Hampshire state legislator and senator for many years.

When at the University of New Hampshire, Peggy met L. Wayne Hudgins of Hallieford on a blind date while he was stationed at Pease Air Force Base. After hitchhiking from Mathews to Dover in his tie and sports coat, Wayne proposed to Peggy, they married in 1963 and moved to Mathews in 1979. Always an active community volunteer and organizer, Peggy served on the board of Social Services, worked with Hands Across Mathews, Meals on Wheels, The Community Foundation, Kingston Parish Church, Central Village Homemakers and the Visitor’s Center for many years. Her great love for Mathews and its people was most clearly demonstrated by her efforts to help organize and run the annual Social Services Christmas Store for almost 40 years.

The family would like to thank the wonderful staff at Riverside Walter Reed Hospital and the Hospice Program. A service will be held in the Spring. In lieu of flowers, please reach out to your community as a volunteer in honor of Peggy. Monetary donations may be made to the L. Wayne and Peggy Hudgins Charitable Fund through Mathews Community Foundation, Mathews Land Conservancy, the MCVIC Capital Campaign or Kingston Parish Church. Faulkner Funeral Homes, Foster-Faulkner Chapel, Mathews, is assisting the family.