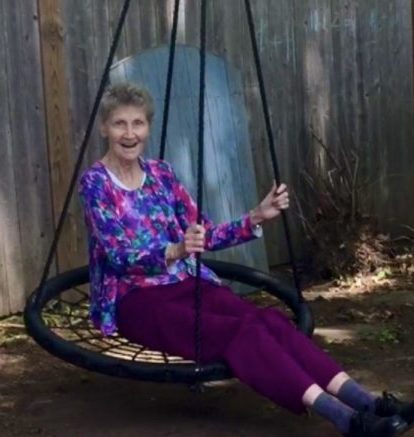 Margaret Anne Bland died in Gloucester, Virginia, on Nov. 20, 2021 at the age of 85. She was born in Newport News, Virginia, the daughter of Charles and Margaret (Powell) Patten. Anne grew up in Newport News, graduating from Warwick High School in 1953. She received her bachelor’s in Early Childhood Education, master’s in Special Education and later earned another master’s in Spiritual Direction.

While at Warwick High School, Anne met Samuel Bland. They married in 1957 and celebrated their 64th anniversary on Aug. 17, 2021. Anne and Sam settled in Yorktown, Virginia, living there from 1961 to 1993. Anne worked as a special education and elementary school teacher, while Sam worked as an engineer for NASA in Hampton, Virginia. Upon retiring they moved to Sandie Knowe Farm in Gloucester.

Anne had a passion for opera, travel and spiritual development. With Sam she traveled to Europe, Africa, South America and the Galapagos Islands. Pursuing their love of opera, they traveled to Chicago, Seattle, and London to see Wagner’s Ring Cycle. For many years, Anne was a dedicated counselor and board member at the Well Retreat Center in Smithfield, Virginia.

Anne is survived by her husband Sam; her daughter, Elisabeth (Tim), her son Charles, and her son Joel (Kathleen); four grandchildren; one great-grandchild, and her sister, Charlene.

A memorial service will be held on Friday, Nov. 26, 2021, at the funeral home at 11 a.m.
Anne was a member of P.E.O. International, and in lieu of flowers, please consider donating to P.E.O. at https://www.peointernational.org/.