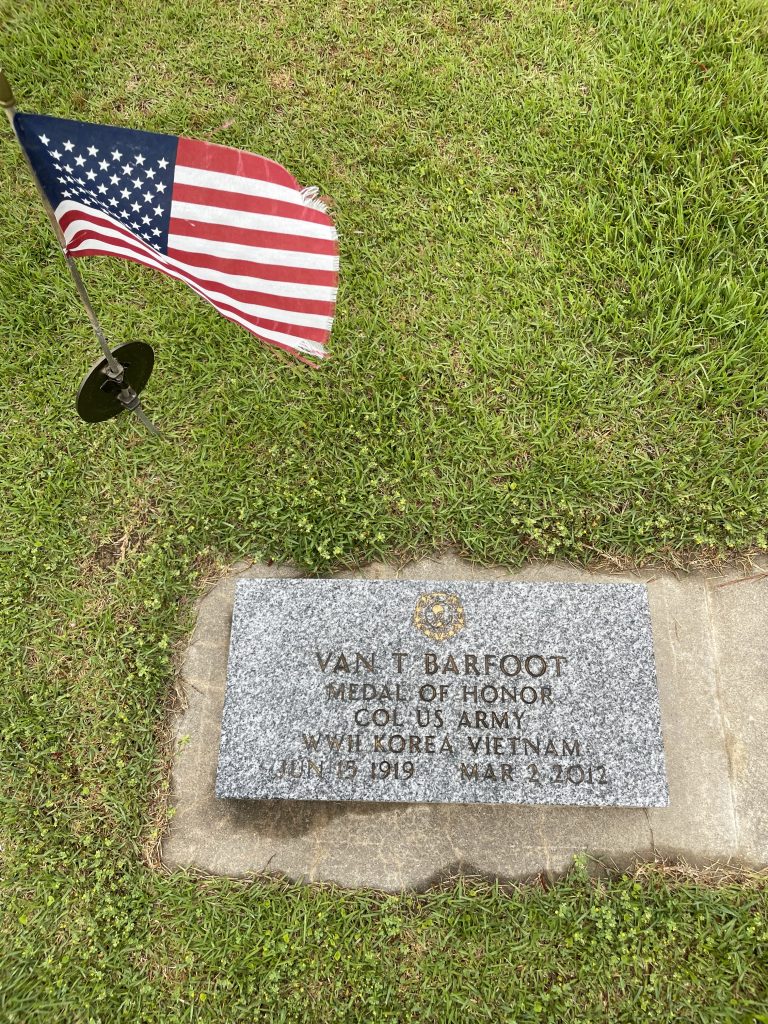 Fort Barfoot, honoring a World War II Medal of Honor winner who is buried in Mathews County, is proposed as the new name for Fort Pickett in Nottoway County.

The Congressional Naming Commission, formed in 2021 for the purpose of removing names of Confederate figures from U.S. Department of Defense installations, made that recommendation last week, along with proposed new names for six other facilities.

Van T. Barfoot, a native of Mississippi, married Norma Davis of Hallieford in 1944 and thereafter made Virginia his home. While he did not reside in Mathews County, he is buried alongside his wife at H.C. Smither Memorial Cemetery in Hudgins. He was born in 1919 and died in 2012 after a fall at his home near Richmond.

The Naming Commission stated that Barfoot enlisted in the Army in 1940 as the n...