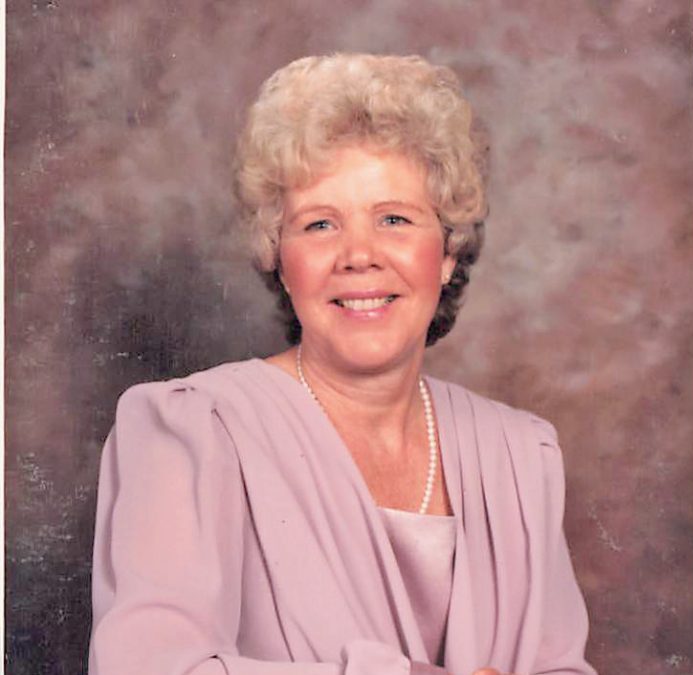 Mable Hogge Saulman, age 90, of Hayes, went home to be with her Lord and Savior on Saturday, May 7, 2022. Mable was born on Feb. 14, 1932 in Hayes, and was one of 10 children. Mable had a long career as a meat wrapper, where she made many friends who became like a second family to her. In her younger years, Mable loved being on the water with her father, fishing, and later would share that love with her own children. After retirement, she spent her weekdays doing for others, but her Saturdays were reserved for her favorite pastime, going to yard sales. Anyone who had the pleasure of knowing Mable knows that she was a woman of strong faith who loved spending time reading her Bible and expanding her knowledge of God’s word. Her kind heart and generous spirit will be sorely missed by anyone’s life she touched. She was preceded in death by her husband of 57 years, Harry Saulman; her daughter, Terry Williams; son-in-law, David Williams; parents, Steven and Leona Hogge; siblings, Ruby, Steve, Blanche, Katherine, Wilson, Margie, Lorraine, and Norris. She is survived by her loving sons, Harry II and his wife Cindy; Dale and his wife Penny, and her grandchildren, Kelly (Chris), Katie (Robert), Lauren (Nicholas), Taylor, and Cole. Six great-grandchildren, her brother, Winfred, and her lifelong friend, Evelyn Crump also survive her. Visitation will be from noon-1:30 p.m. on Friday, May 13, 2022, at Hogg Funeral Home, 3098 George Washington Memorial Highway, Hayes, Va. 23072. Followed by a graveside service, conducted by Pastor Richard Whiteheart at Bellamy United Methodist Church Cemetery, 4870 Chestnut Fork Road, Gloucester, Va. 23061, to begin at 2 o’clock.