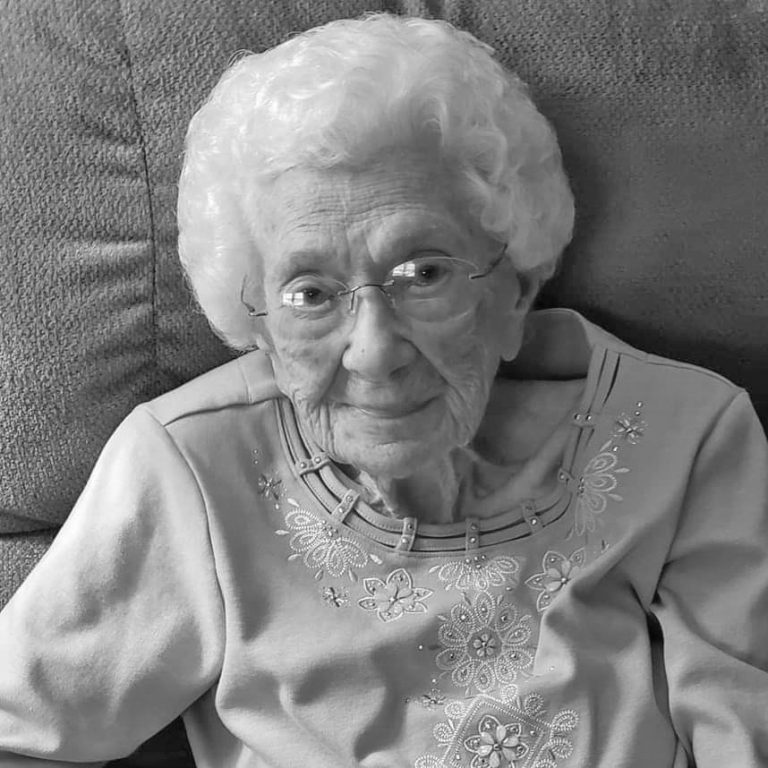 Lydia Oliver Rilee, 98, of Gloucester, passed peacefully on Tuesday, July 7, 2020, at her home, surrounded by her family.
Lydia was the first civilian Disbursing Officer at Naval Weapons Station, Yorktown, for both civilian and military salary, travel and vendor payments. She retired in 1981 after 25 years of service.

She joined Beech Grove Baptist Church at an early age. Beech Grove held a special place in her heart because her grandfather was one of the founding members. She transferred her membership to Newington Baptist Church in 1944 when she married her late husband Willard Carlyle Rilee. She was active for many years as a Sunday School teacher, Vacation Bible School teacher and she was also active in the WMU.

In addition to her husband, she was preceded in death by her sisters, Katherine Lindsay, Virginia Jenkins and Sarah Frances Hubley. She was also predeceased by her brothers, James P. Oliver Jr., Franklin E. Oliver, Fred J. Oliver, Davis R. Oliver and Carlton L. Oliver.

There was a service at Newington Baptist Church on Friday, July 10, 2020, at 11 a.m. Memorial donations may be made to either Beech Grove Baptist Church or to Gloucester Volunteer Fire and Rescue.

The family would like to thank Dr. Ron Haggerty and the rest of the staff of Direct Access for their loving care of our mother. We also thank Riverside Walter Reed Hospice for their care and compassion to our mother.
Due to the current health crisis, face masks and social distancing were required.