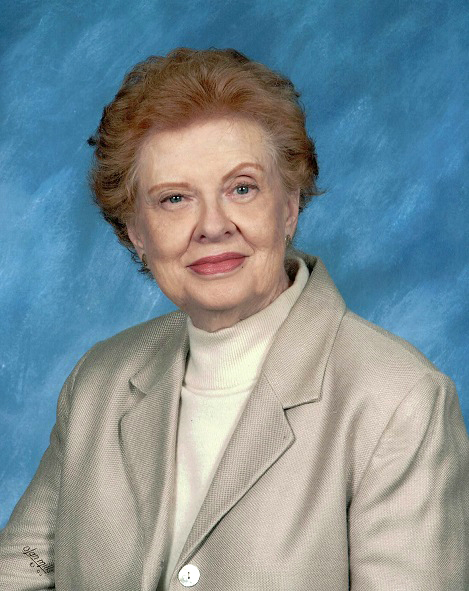 Born in Gloucester County, she was the daughter of the late Robert and Lucy (Lewis) Harris, and the wife of the late Theodore L. Cataldo for 63 years. As the youngest of 8, she was preceded in death by her 2 sisters, Gladys and Alberta, and 5 brothers, Thomas, Bernard, Linwood, Everett and Royal; in addition, two stepsons, Vincent and Theodore Jr. As the family matriarch, this is the end of an era.

Always a trendsetter, after completing high school, she modeled in New York City and taught dance under Arthur Murray Dance Studios during the early years of WWII. After heading back home to help with the war effort, she started an accomplished career in civil service where she got the nickname “Rusty” and met the love of her life, Ted. One of many highlights in their 63 years was attending President Lyndon B. Johnson’s inauguration and inaugural ball.  After retiring, she pursued her passions for needlepoint, knitting, crocheting, cooking, and gardening. She was a longtime member of Old Donation Episcopal Church, its Altar Guild, and its Annual Oyster Roast Fundraiser supporting their mission outreach.

Her family and friends describe her as poised and elegant with a sharp wit usually accented by a raised eyebrow. Lucy is survived by her stepgrandchildren and many nieces and nephews and great-nieces and -nephews.  For the past 10 months, “Aunt Gwen” has been under the loving care of her nephew and nieces and great-niece and great-great-nephews.

The funeral was conducted at Old Donation Episcopal Church on Thursday, Nov. 5, 2020 at 1 p.m. by the Rev. Robert Randall and live-streamed on Facebook. In lieu of flowers, donations may be sent to Old Donation Church or www.olddonation.org. Condolences may be offered to the family at www.hollomanbrown.com/.