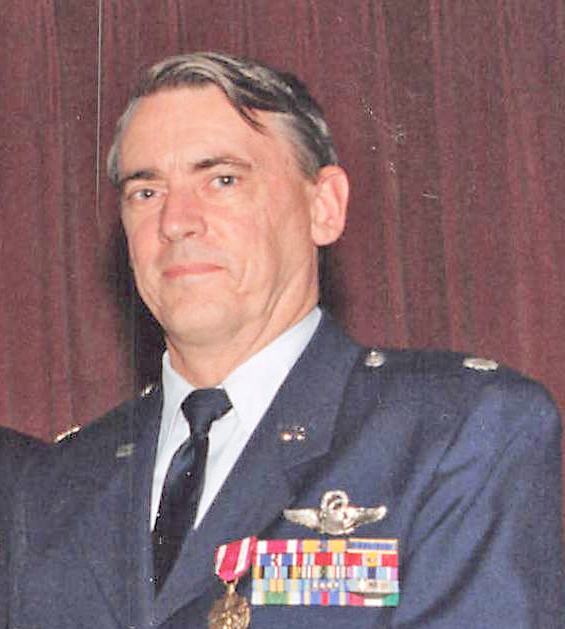 LTC Bruce Crane Vanderhoof of Gloucester, went to be with the Lord on Wednesday, March 23, 2022, at the age of 74 with his family by his side. Bruce was born on Sept. 11, 1947 to the late Wilbur and Gladys Clark Vanderhoof in Glen Ridge, New Jersey. Bruce attended William R. Boone High School in Orlando, Florida, and graduated in June 1965. He went on to attend Georgia Tech where he completed his Bachelor’s in Aerospace Engineering in December 1970 and his MBA in December 1977. While in college he joined Pi Kappa Phi Fraternity. During this time Bruce enlisted in the United States Air Force in 1971. In 1988, Bruce began working for American Airlines as a pilot, retiring from the military, as a Lieutenant Colonel in 1997 and American Airlines in 2007. In retirement, Bruce was a very active member of organizations such as The Retired Officers Association, the Order of Daedalians and the Retired Officers of Mathews County Association. Bruce is survived by his wife, Trudy; son, Christopher (Elizabeth); grandchildren, Sophie, Luke and Cameron, as well as his brother, Gary (Cindy). The family received friends at Hogg Funeral Home on Friday, March 25, 2022, from 6-7:30 p.m. A funeral mass was held on Saturday, March 26, 2022, beginning at 11 a.m. at St. Therese Catholic Church, conducted by Father Gregory. A reception followed in the parish hall. Interment will be held at a later date in Arlington National Cemetery. In memory of Bruce, contributions may be made to Bread for Life Food Pantry, P.O. Box 61, Gloucester, Va. 23061 for monetary gifts and for drop-off donations at 7840 John Clayton Memorial Highway, Gloucester, Va. 23061 on Monday 11 a.m.-2 p.m. and Wednesday 1-4 p.m., as well as True Life in God online at https://bethmyriam.org/donate-now/.