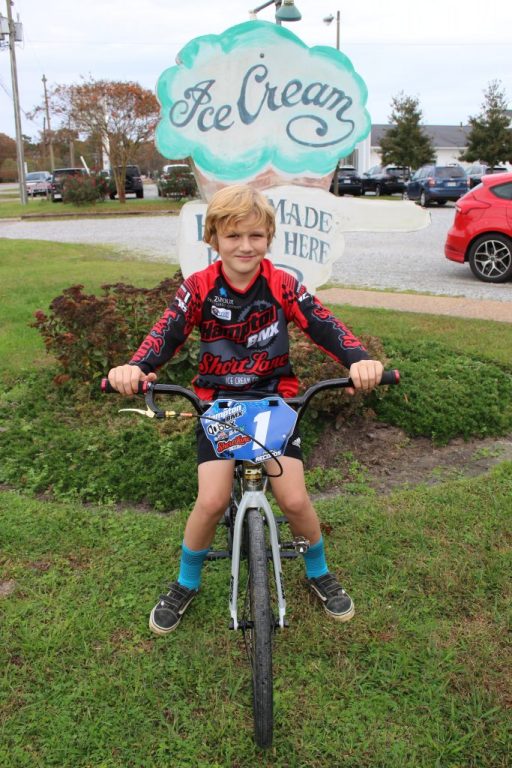 Riley Records, above, recently won his second state championship in BMX racing. Records, of West Point, is sponsored in his bicycle racing by Short Lane Ice Cream in Gloucester.

Eight-year-old Riley Records of West Point recently won his second consecutive state championship in bicycle motocross, or BMX, and some of the credit goes to his biggest sponsor, Short Lane Ice Cream in Gloucester.

Riley got into the sport through his dad, Michael Records, who said he raced BMX as a kid. Records, a Gloucester High School graduate, is a teacher at GHS as is Short Lane Ice Cream owner Barry Childress. The two men have known each other for 25 years.

In his first season of motocross racing, Riley came in fourth in the intermediate division. Childress stepped in after that. “The sponsorship began in 2019 at the season’s start,” said Childress. “My kids raced karts at Langley Speedway, so I knew a sponsor could help Riley be more competitive through better equipment.”

Riley’s equipment includes special shoes with clips that fit into the pedals on his bike. He also wears a neck brace and a full-face helmet. “For us, it’s always safety first,” his father added.