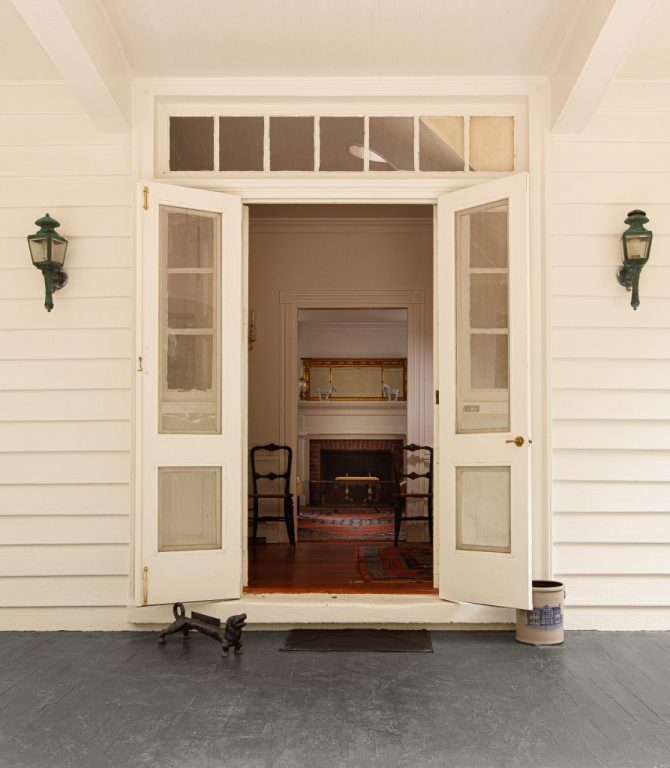 Looking into the front hall at Palace Green.

Palace Green sits well back from Main Street in Mathews behind a sweeping lawn dappled by the shade of mature trees. The exact age of this stately home is unclear but the lunette window high under the roof peak matches several others elsewhere in Mathews which can be reliably dated c. 1835.

FILE PHOTO
Palace Green as it appeared around 1910. Except for the addition of a porch on the left side, the exterior is little changed.

The current owners, Paul and Elsa Verbyla, are part of the Cooke family which entered the long history of the house around 1918 when Giles Buckner Cooke purchased the home. He had been a Confederate Army officer, educator and Episcopal minister. By 1920, he was the last living member of Robert E. Lee’s wartime staff.

His son, John Warren Cooke, was born in 1915 and grew up to be a politician and newspaper publisher. John Warren Cooke’s daughter and her husband are the current owners, representing the third generation of the Cooke family to live here.