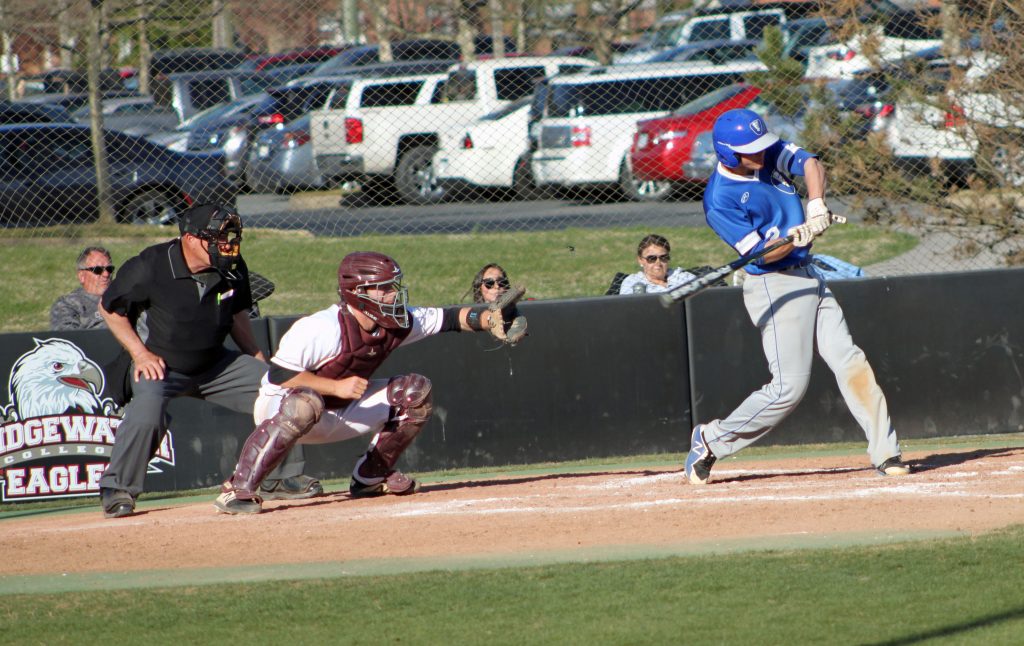 Lindsay, who entered the game with 97 hits, had two singles earlier in the game before driving a 1-1 pitch into the right centerfield gap for a double and hit number 100. Lindsay would finish the game, 3-3, with an RBI and a run scored.

Lindsay recorded 33 hits as an EMU freshman and completed his sophomore year with a 54-hit season. In Saturday’s ODAC opener, Lindsay hit a three-run home run in an 8-4 loss to the Ferrum Panthers.

The Royals are currently 10-8 on the season and 0-2 in ODAC play. The team will host Lynchburg University in an ODAC doubleheader on Saturday. The first pitch is scheduled for noon.
...