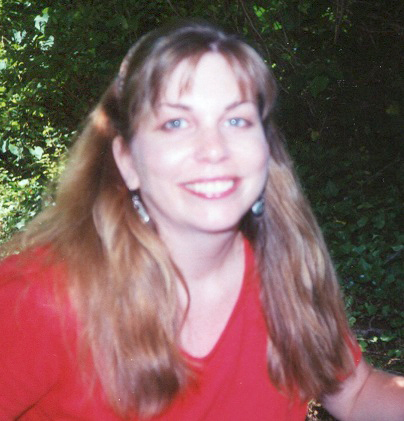 Linda Marie Keeter, 58, of Hayes, died Sunday, June 13, 2021, after battling a sleep disorder involving cardiac, neurological, and pulmonary complications and has gone through the Heaven Door. She also had a lifelong struggle with asthma and allergies and a frustrating intolerance for medication.

Linda was born on May 14, 1963 in Buffalo, New York. She graduated from West Warwick High School in Rhode Island in 1981. She received a culinary arts degree from Johnson & Wales. She also earned a diploma in medical office administration from Herzing University and an AHIMA certification in medical coding.

Linda stayed home to raise and care for her family until her sons were old enough to get to and from school and be home on their own. Then she went to work at Sweet Madeleine’s restaurant while working on her medical arts degrees. She continued her studies while working as a pharmacy technician at Rite Aid and later while working at Riverside Regional Hospital. Eventually, she transferred closer to home to Riverside Walter Reed Hospital until October of last year.

She loved planning family get-togethers, reunions, vacations, or just little adventures like exploring and riding bikes in Williamsburg. One of her favorite places was the beach, especially the Outer Banks, where she planned annual vacations for her family. Cooking and baking for others brought her happiness. She was always ready to share her smile and laughter with those around her. She appreciated the mundane along with the spectacular, knowing that every moment is precious.

Linda’s lifelong love and passion was her dedication to her family. Loving, supporting, and caring for her family was her greatest joy. It was her reason for being. It was in everything she did. Linda was the center and the core of her family. She only ever wanted to love, be loved, and feel cozy. Linda succeeded in this. She was always thankful for her blessings and for the love of those around her.

She had her own understanding of God and the beauty of nature. She believed in God and Jesus’s love, and found profound meaning in the natural beauty around her, be it a sleeping baby, a leafless tree, or the moonlit ocean. She learned to express her love of life, nature, and God in simple, beautiful poetry and writings and her many works of art. She became a daring and prolific painter. She found serenity in her garden of herbs and flowers; pink flowers were her favorite.