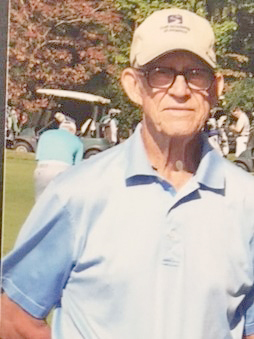 Lester M. Graham, 86, of Mathews County, passed away at home on 2 Jan. 2021 surrounded by loved ones. He is survived by his wife, Darel J. Graham, and was preceded in death by his wife of 45 years, Barbara J. Graham, and is survived by their two children, Ralph L. Graham (Jodie) of Augusta, Ga., and daughter, Robin Clements (Timothy) of Newport News, Va. He was also preceded in death by his stepson, William “Fudgie” Edwards Jr., and survived by his stepdaughter, Bonnie Hamilton (David) of Gloucester; sister, Elizabeth Ann Jenkins of Richmond, Va.; also, six grandchildren, 13 great-grandchildren and five great-great-grandchildren.

He was born one of 13 children and raised in Bath County, Va.; an Army veteran serving in both the Korean and Vietnam wars retiring a SFC; went on to retire from the Kendal Company, Augusta, Ga. and The Islander, Gwynn’s Island, Va. In his spare time, he was an avid golfer and enjoyed golfing with his son and grandsons. Lester had an unrivaled love for his grandchildren and great-grandchildren; Papa, Pawpaw, Buddy, and Papa Graham were just a few of the affectionate names given by the ones who cared so much for him. His generosity, strength, and deep-seated disciplinary spirit will remain in our roots for generations to come.

The family received friends Wednesday, 6 Jan. 2021, from 2-3 p.m. with the service following at 3 in the Chapel of Andrews Funeral Home, Gloucester. Interment will be held Thursday 1 p.m. in Bath County.