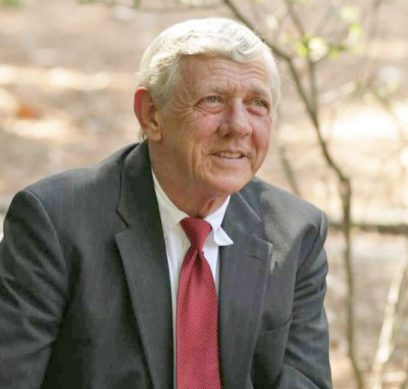 Lee Gordon Bowen Jr. was born on Dec. 10, 1943, in the small town of Shelby, North Carolina. Lee passed away suddenly with his wife, Linda Bowen, by his side on June 14, 2022 at his home in Gloucester, Virginia.

Lee spent his childhood years living in the North Carolina countryside. His family relocated to Newport News, Virginia, where he would graduate from Newport News High. His father, being a pastor, kept Lee involved in the church where he met his true love and life partner, Linda Bowen, whom he could not wait to make his wife. Lee followed his passion for spreading the word of God by continuing his education at Chowan College where he earned a degree in theology.

Lee was an energetic entrepreneur who went on to build several successful businesses such as a vegetable farm, a construction company, several TV stations, a used car lot, and many more. Some things that remained constant through all his businesses are his loving wife in the background supporting him, the involvement of his two boys, and regardless of his lack of knowledge or experience, he always became successful in any venture he undertook.

After building all the successful businesses he desired to build Lee decided to retire which was short-lived as his need to be around people led him back to the workforce. He spent the next several years making people smile in several distinct roles at Walmart in Gloucester where he would eventually reluctantly retire due to mobility issues. Lee spent the last few years of his life at home with his beloved wife Linda.

Lee had a passion for the truth and spent many years proclaiming it from the pulpit. He was truly enlightened and led by the spirit. Because of his welcoming personality, he undoubtedly led many people to salvation.

Lee was preceded in death by his parents, Lee and Cora Bowen Sr.; brother, Carl Bowen, and sister, Inez Lawson. He is survived by his wife, Linda Bowen; sons, Lee (Sonny) Bowen and Wesley Bowen and his wife Candy, and grandchildren, Brendan (BK), Codie, Ryan, Katie, Carley, Layne, and Casey.

A Celebration of His Life will be on Sunday, June 26, 2022, at The Office Bar & Grille from noon until 3 p.m.
Andrews Funeral Home & Crematory is in charge of arrangements.