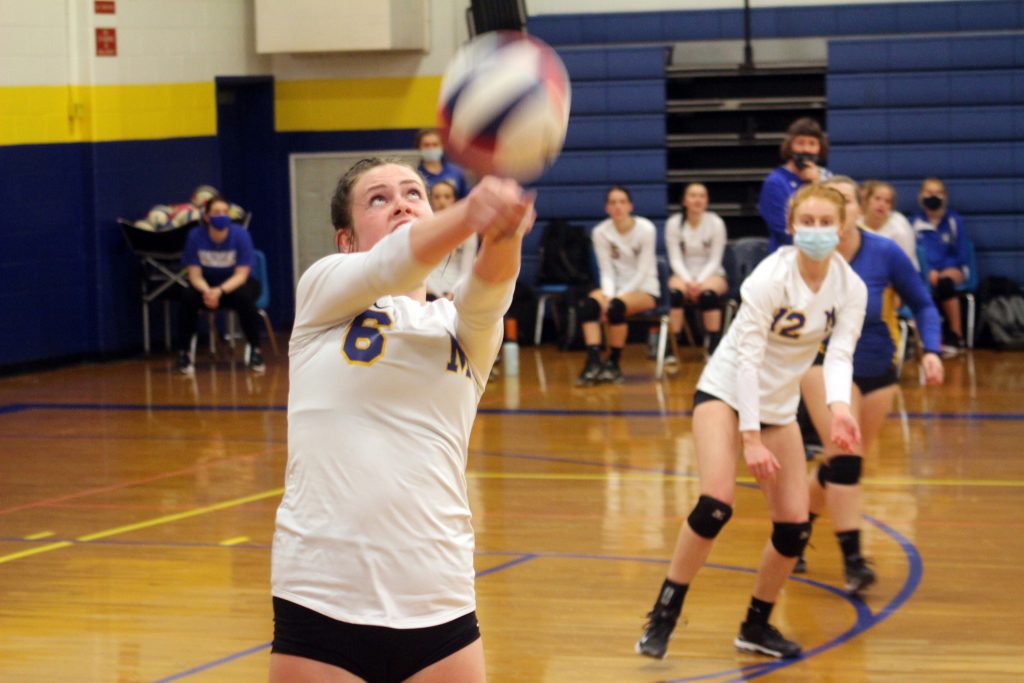 Morgan Crittenden keeps her eye on the ball as the Lady Devils faced the Rappahannock Raiders last Thursday. Mathews dropped that contest, 3-1.

The Mathews High School varsity girls’ volleyball team split a pair of home games this past week, falling to the Rappahannock Raiders, 3-1, last Thursday, and bouncing back on Monday for a straight-set victory over King and Queen. The Lady Devils’ season record remains even, now standing at 3-3 overall.

Joice Small had a strong game for Mathews, leading the team both in aces (three) and kills (nine). Defensive standouts included Connie Johnson and Morgan Crittenden, who led the Devils with seven digs each. Crittenden also had six kills and two aces, while Johnson picked up three kills.

Grace Bandurco had the highest number of assists at 16, while Aleya McCurry had four. Bandurco and McCurry added one dig apiece, while McCurry also scored one kill and an ace. Emily West ended the ni...