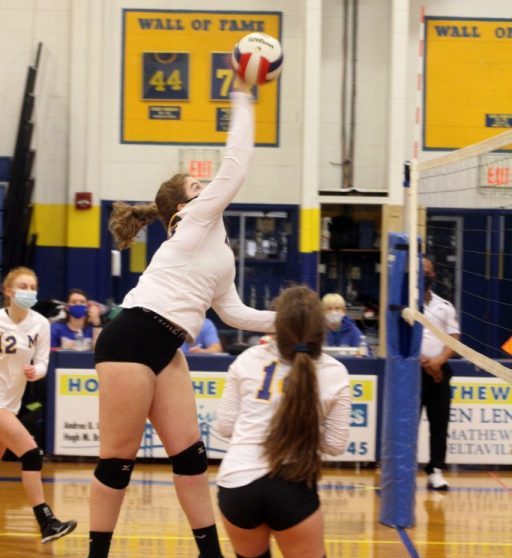 After winning its first two matches of the season, the Mathews High School varsity volleyball team ran into a bit of trouble this week, losing a pair of contests on the road to even out its record to 2-2 overall.

Mathews posted a 3-1 victory over King William on March 2, a straight-set win over West Point last Thursday, but lost, 0-3, to Middlesex on Monday and falling in five sets to Northumberland on Tuesday.

Tonight, the MHS girls look to get back in the win column with a second home match, this time against the Rappahannock Raiders.

The team had a few aces, Grace Bandurco leading with three. Other aces included Joice Small, Emily West and Morgan Crittenden each with two, followed by Aleya McCurry and Connie Johnson each with one. Offensively, Small a...