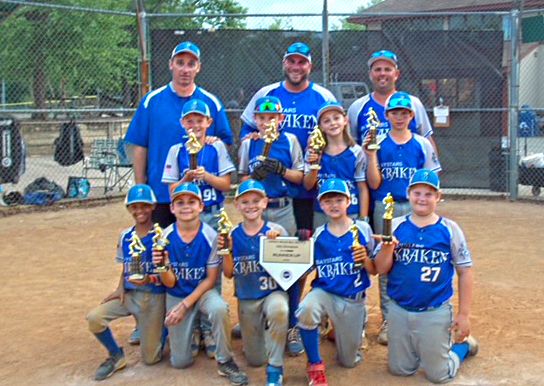 The Baystars Kraken 10U baseball team took to the road on Sunday, traveling to Glen Allen to participate in the USSSA Wood Bat Battle where they won two out of three games.

The Kraken started the tournament with a narrow win against Impact Sports, 7-6. Kaiden Williams, Duke Hamm and Carter Symonds each crossed home plate twice and Easton Scott once.

In the second game, the Kraken had more breathing room as they beat RBA360 American, 15-6. Scott led the team in runs with four, while Williams followed with three. Wesley Falkenberg and Benjamin Patterson each record two runs apiece. Hamm, Symonds and William Rousseau recorded one run each.

In the tournament’s championship game, the top-seeded Kraken fell, 7-3, to RBA360 National and took second overall in the tournament. Williams, Scott and Falkenberg recorded the Kraken’s three runs.
...