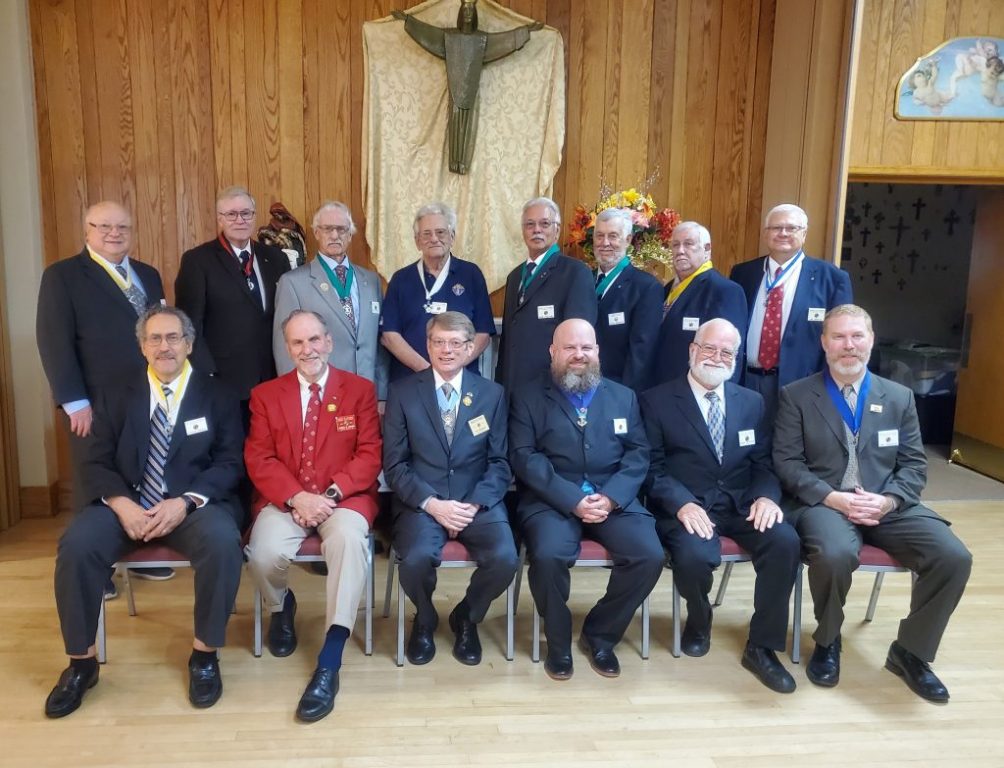 Officers for 2021-22 of the Fr. McCarthy Council #9428 of the Knights of Columbus were installed July 15, at St. Therese Roman Catholic Church, Gloucester, where the group meets twice a month.

Also, some of those individuals were installed as officers of the Fr. Washington Assembly #2184 at St. Jerome Catholic Church, Newport News, on July 17. Finally, members of that assembly conducted their annual “Four Chaplains Ceremony” on July 18, at St. Therese.

The mission of the Knights of Columbus is to provide members and their families with volunteer opportunities in service to the Catholic Church, their local communities and youth, a release said.

There are two distinct local organizations of The Knights of Columbus—the council and the assembly. A council is typically based at a local church, as is the Gloucester council, which meets at St. Therese. The working principles of a council are charity, unity and fraternity, the release said.