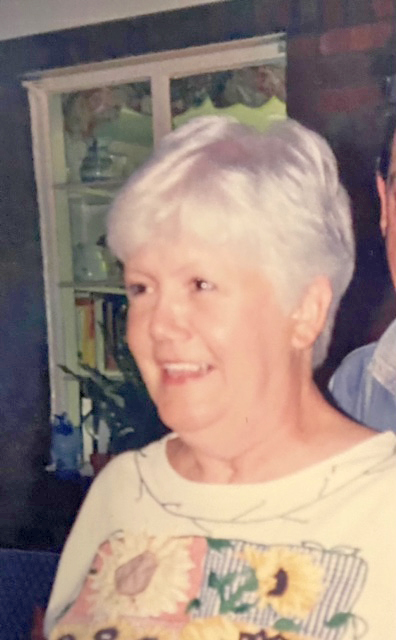 Kitty Norman Haskins, wife of the late George Thomas Haskins Sr., died Monday morning, May 24, 2021 at Rappahannock General Hospital in Kilmarnock, Virginia. On Dec. 22, 1938, Kitty was born at old Dixie Hospital in Hampton, Virginia, and spent her childhood in Creswell, North Carolina, along with her sister, cousins, aunts, uncles, and grandparents. In 1957, she graduated from Newport News High School, and worked at C.H. Sprague and Son shipping company upon graduation from high school. She moved with her family to Ware Neck, Virginia, in 1967 and worked for the Gloucester County School Board for about 10 years. Then she went to work for General Electric Nuclear Submarine division of Newport News Shipbuilding in 1978 and retired in 1999. Many of her years were spent supporting her family in their youth football, baseball, and basketball pursuits in Gloucester County, shuttling children to practice and games. Those who preceded her in death were her parents, Romley Irvin Norman and Rosanna Watkins Norman, along with her husband, Tom, and sister, JoAnn Ivey. Survivors include her daughter, Mallory Haskins Young and husband Eric of Williamsburg, and her son, George Thomas Haskins Jr. of Kilmarnock. She was the grandmother of four, Tyler Young of New York, New York, Peyton Young of Williamsburg, Grinnan Haskins of Dallas, Texas, and Henry Haskins of Charlotte, North Carolina. Additional survivors include her brothers-in-law, Frank Ivey of The Villages, Fla., and Robert Haskins of Jefferson, La., and five nieces and nephews. A memorial service, conducted by Pastor Calvin Griffin of Singleton United Methodist Church, will be held at 1 p.m. on Wednesday, June 16, 2021, at Hogg Funeral Home in Gloucester Point. Inurnment will be private. The family will receive friends immediately following the service at Riverwalk Restaurant in Yorktown. In memory of Kitty, contributions may be made to the Rappahannock Community Hospital Foundation, Inc., P.O. Box 588, Kilmarnock, Va. 22482.