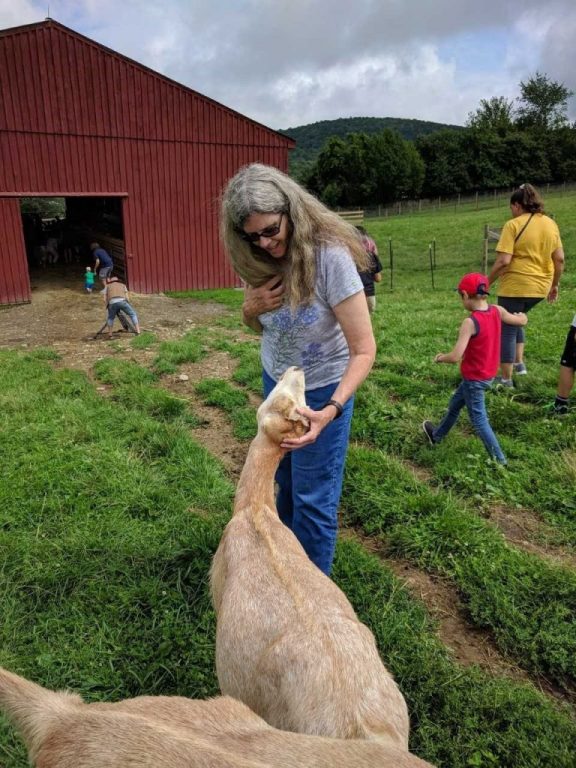 CHARLES HOGG PHOTO Author and anthropologist Barbara J. King researches and writes about animals. Her newest book, “Animals’ Best Freinds,” will be out on March 23. Here, she takes a moment on a visit to Farm Sanctuary, Watkins Glen, N.Y., with Cynthia the Goat.

Barbara King has always has a passion for animals.

An anthropologist, the Gloucester resident taught animal behavior for nearly three decades at the College of William and Mary and traveled around the world to study animals—in zoos, in their natural habitats, in people’s homes, and in laboratory and agricultural settings. Her intimate work with animals convinced her that many of them are sentient creatures, with feelings, cognition, awareness and lives of their own. She became an animal activist.

On March 23, King’s third book on animals—“Animals’ Best Friends: Putting Compassion to Work for Animals in Captivity and in the Wild”—hits book outlets, and with it, a growing recognition of the value of her deeply researched work.

King’s first two books, “How Animals Grieve” and “Personalities on the Plate” were critically acclaimed, earning her reviews in the likes of the Wall Street Journal and the Washington Post, and giving her an opportunity to participate in international for...