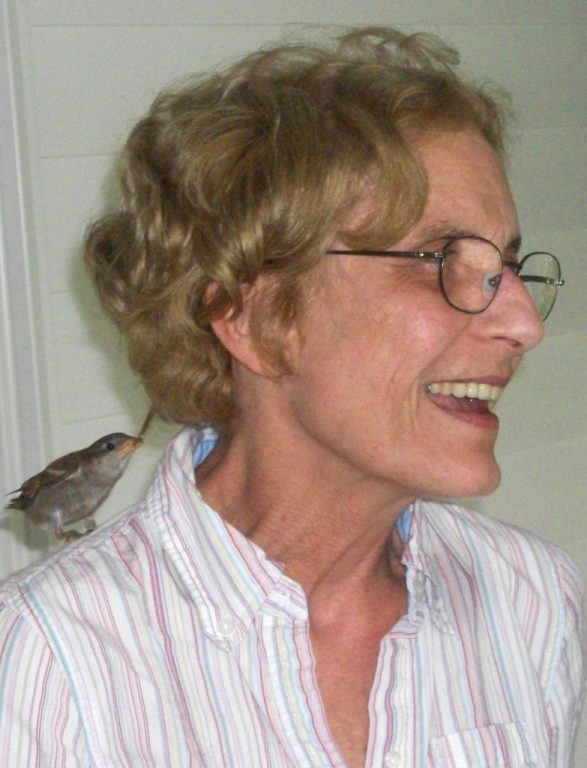 Kimberly Ann Lambelet died on June 19, 2021 peacefully at home after a long struggle with COPD. She was born in Jeffersonville, Indiana, on Nov. 15, 1949, daughter of the late Lawrence E. Lambelet and Margaret C. Lambelet. She is survived by her husband, Francis Joseph Crandell II (Joe); son, Francis Joseph Crandell III (Jay); stepmother, Myrtle Lambelet; brother, Lawrence E. Lambelet Jr.; nephews, Nathan Lambelet (Julie), Brice Lambelet (Anne), and nieces, Madeline Lambelet and Jessica Lambelet. She was predeceased by sister, Jennifer and brother, David. Kimberly was a resident of Hayes since 2003. Her childhood years were spent in Rolla, Missouri, junior high in Chevy Chase, Md., and high school at the American International School in New Delhi, India. She earned a bachelor’s degree from the University of Maryland. Early in her career, she worked several jobs helping prisoners transition from prison to work. Later in life, she studied for a master’s in social work at VCU and earned clinical licensure to practice as a psychotherapist, and began practicing at several mental health agencies in suburban D.C.

In 2003, upon moving to Gloucester she worked for the Middle Peninsula-Northern Neck CSB as a psychotherapist, specializing in patients suffering from serious mental illness and substance abuse. Kim never stopped learning and leaves behind a library of heavily annotated mental health texts. She was incredibly talented and deeply empathetic. She felt extraordinarily fortunate to have found work she excelled at that was also fulfilling and compelling. In 2006, following her son Jay’s traumatic brain injury, she retired to devote herself full-time to his recovery. She focused on his cognitive rehabilitation and was able to teach Jay to read a second time. To help Jay rebuild his language skills she played a nightly game of Scrabble with Joe and Jay. Kim loved to curl up on the sofa with a cigarette and work on a crossword puzzle while she nursed a cup of dark coffee with plenty of cream and sugar. Even better when her dog Sophie snuggled up with her. She was exceptional in the kitchen and made a delicious variety of home-cooked meals. She was an avid lifelong reader and may have been one of the library’s most loyal patrons.

Kim loved to keep up on current events. She read one weekly newspaper, one daily, and three Sunday papers. She also was a regular viewer of several cable news shows. Her aesthetics and morals were drawn from the time she spent with her aunt and her high school years in India. From her aunt, she gained the notion that women can be strong and intelligent, as well as an appreciation for hardwood floors, blue and white pottery, and comfortable sofas. From her time in India, she gained an appreciation for Indian food and was motivated to work to relieve as much human suffering as possible. Kim was a tough, smart, fearless, and empathetic mother and wife. She will be dearly missed and remembered by her friends and family. Kim made those lucky enough to know her better people. There will be a gathering of friends and family at Hogg Funeral Home in Hayes, 2 p.m. Sunday, June 27. Services under the direction of Hogg Funeral Home.