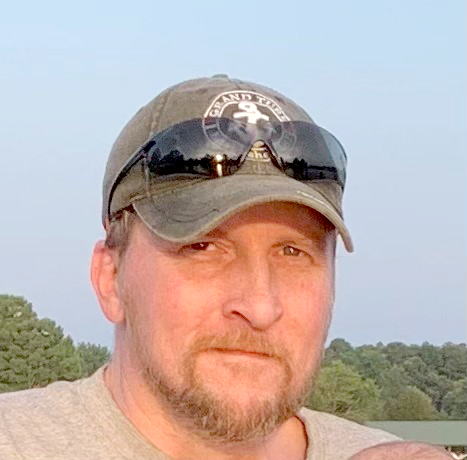 Jason Bland West, beloved son of John and Betty West, passed away at VCU on Monday, Oct. 18, 2021, at the age of 46. Jason was brought into the world on Dec. 11, 1974, at Riverside Hospital in Newport News. A lifelong resident of Mathews County, Jason was a proud graduate of Mathews High School and attended Rappahannock Community College. Jason was employed by Branscome as a lab technician for 20 years until unfortunate health issues compelled him to retire early.

Although plagued with chronic health issues, Jason was a fighter, and fought to find joy through life’s simple pleasures, chief among them being the water, building model airplanes, and spending time with animals. Jason shared his company with his special cat companion, “Bear,” who helped Jason through both the good and bad times life sent his way. Jason had a special talent for engines (big or small), and it wasn’t a strange sight to find him tinkering with one alongside his father, brothers and childhood friends, Brian, Chris and Adam, all of whom shared in Jason’s passion for machinery.

Jason was preceded in death by his brother, David West, and loving nanny, Nellie Hatch. His surviving loved ones include his parents, John and Betty West; brother and sister-in-law, Mark and Jennifer West; special daughter, Addyson DeVault, and her parents, Teresa and Don DeVault; nieces, Anna West and Morgan Driskell; grandson, Hudson; his little buddy, Bear; and numerous aunts, uncles and cousins.

A memorial service will be held at a later date. Donations in Jason’s memory can be made to Spring Hill Baptist Church, P.O. Box 92, Cobbs Creek, Va. 23035, or the Mathews Volunteer Rescue Squad, 94 Cricket Hill Road, Hudgins, Va. 23076.
Faulkner Funeral Homes, Foster-Faulkner Chapel is assisting the family with arrangements.