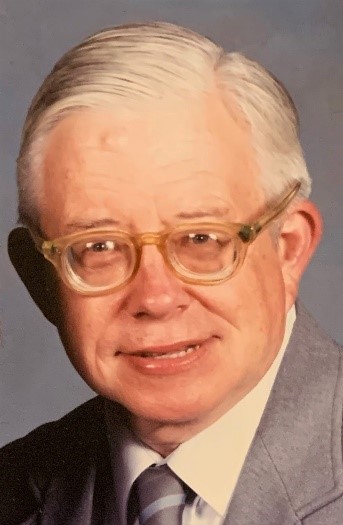 Renowned organist, choirmaster and musical director James Sands “Jock” Darling Jr. died peacefully in his Williamsburg, Virginia, home on Jan. 26, 2021 from advanced Parkinson’s disease. Born May 29, 1929 in Hampton, Virginia, he was the first child of James Sands Darling II and Sarah Doniphan Winfree Darling. He attended Christchurch School, in Middlesex County, Virginia, and graduated from Phillips Academy, Andover, Massachusetts, in 1946. He attended Yale University where he earned undergraduate degrees in Music Theory and Piano in 1950 and 1951, and in 1954 he completed a master’s degree in Organ at the University of Michigan, Ann Arbor. On Jan. 31, 1953, he married Mary Lee Oliver of Gloucester, Virginia. From 1954 to 1961 he was Organist and Choir Director at Plymouth Church of Shaker Heights, Cleveland, Ohio. and from 1961 to 2006, he held the position of Organist and Choirmaster at Bruton Parish Church in Williamsburg.

Over the course of five decades, Jock Darling was a major contributor to the musical culture of Williamsburg. At Bruton Parish, Mr. Darling directed an active program in music for all ages. This included a full schedule of services featuring adult, boys’ and girls’ choirs, as well as approximately 125 candlelight concerts annually, which were performed by himself, Bruton Parish associates, local musicians, and visiting artists. He taught organ and harpsichord at the College of William and Mary, and as music consultant for the Colonial Williamsburg Foundation, he presented countless concerts in the Governor’s Palace and other historic buildings, often playing and conducting in colonial costume. Among the many dignitaries who attended his recitals were four U.S. presidents and several heads of state. As a guest artist, he also performed throughout the United States and in Europe. Jock Darling published numerous recordings of colonial period music and edited four publications of keyboard music for the Colonial Williamsburg Foundation. In 2003, he published “Let the Anthems Swell,” a monograph on the history of music at Bruton Parish Church.

In all these endeavors he valued authenticity, academic rigor, and above all, a clear sense of purpose, enabling music to touch the consciousness of the listener. One of his former students recalls that he had an amazing command of all types of music, and a wonderful ability to help young people understand music in all its complexity. Among his many contributions, he especially enjoyed offering the Saturday morning recitals in William and Mary’s historic Wren Chapel on the 18th century English chamber organ. This concert series, which he initiated in 1971, continues to this day and is a lasting example of his commitment to performing colonial music on original instruments in appropriate settings. James S. Darling formed lasting relationships with colleagues, collaborators, students, choir members, and members of the community.

James S. Darling also was devoted to his enduring partnership with his wife and to the growth and support of their five children. Their home was a musical center in its own right, where the Darlings hosted gatherings of visiting musicians, instrument makers, choirs, and for a time, the Wednesday morning meetings of the Williamsburg Music Club, which he helped found in 1964. In his children he instilled a deep sense of responsibility, a commitment to education, kindness toward others, and curiosity about the world. He loved travel and adventure, especially in the company of his family. These journeys ranged from Maine to California, New Mexico to Alaska, Europe, Latin America, and the Holy Land. He will be remembered for his powerful intellect, his welcoming and generous spirit, and his abundant grace and humility.

In keeping with his final wishes and out of concern for the health and safety of community and family, no in-person viewings or gatherings will be scheduled under the current threat posed by the pandemic. A memorial service will be held at Bruton Parish Church at a future date. Donations in his memory to Bruton Parish Church or the Organ Historical Society are welcomed and gratefully encouraged.